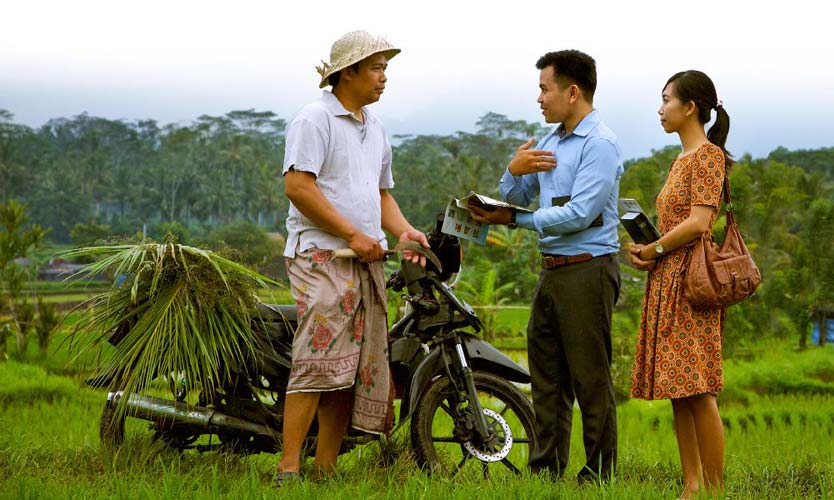 Jehovah’s Witness Religion is a millenarian restorationist Christian denomination with nontrinitarian beliefs distinct from mainstream Christianity. The group reports a worldwide membership of approximately 8.7 million adherents involved in evangelism and an annual Memorial attendance of over 17 million. Jehovah’s Witness Religion is directed by the Governing Body of Jehovah’s Witnesses, a group of elders in Warwick, New York, United States, which establishes all doctrines based on its interpretations of the Bible. They believe that the destruction of the present world system at Armageddon is imminent and that the establishment of God’s kingdom over the earth is the only solution for all problems faced by humanity.

The group emerged from the Bible Student movement founded in the late 1870s by Charles Taze Russell, who also co-founded Zion’s Watch Tower Tract Society in 1881 to organize and print the movement’s publications. A leadership dispute after Russell’s death resulted in several groups breaking away, with Joseph Franklin Rutherford retaining control of the Watch Tower Society and its properties. Rutherford made significant organizational and doctrinal changes, including the adoption of the name Jehovah’s Witness Religion in 1931 to distinguish them from other Bible Student groups and symbolize a break with the legacy of Russell’s traditions

Charles Taze Russell was born in Allegheny, Pennsylvania, in 1852. His parents were devout Presbyterians. Dad owned several men’s furnishing stores in Pittsburgh, where the family moved early in Charles’ life. He joined his father in this enterprise and was well on his way to financial success, even as a teen.

Equally disciplined in his religious life, at age 13, he left the Presbyterians for the Congregationalists. Three years later, still searching for ultimate Biblical truth, he began to question the reliability of Scripture after a not-so-successful debate with a friend. Russell wandered away from his Christian roots for a while, even dabbling in eastern religions.

Then at age 18, he encountered the Adventists. It is worth a stop here to investigate again just what that particular group adhered to in Charles’ day.

Adventism sprang from the Second Great Awakening of the early 1890s. William Miller was among the leaders of this new movement, which we still have with us today, notably in the form of the seventh-day group. 22 million people consider themselves “Adventists” in our day.

It was here, and not just in his own head or his own Bible searching, that Mr. Russell picked up some of his errors. Though the Adventists have much upon which they agree, there was and is much on the other side of the ledger. They have debated subjects such as the state of the soul after death, annihilation vs eternal torment, the resurrection of the wicked, the observance of the Sabbath.

But of course the main distinctive of this movement had to do with the Advent or Coming, of Christ to Earth. Date-setting was prevalent and of course always wrong. Even when it was wrong, and obviously so, movement leaders could convince the sheep that something significant had happened on that day. Perhaps Jesus came spiritually, invisibly, though He had not appeared in Body.

Such was the case on October 22, 1844, the “sure-fire” date for the coming of Jesus. Much disappointment abounded on October 23 of that year.

Millerites divided up after that time, and changed their basic name to “Adventists”. But there were Seventh-day Adventists, (as Ms. White and company were called), First-day Adventists, Spiritualizer Adventists.

In the middle of all of this goings-on, Charles Taze Russell had to make some decisions as he was exposed to more of their teachings. He decided against eternal hell. And, he became convinced that the historic creeds of the Christian Church were a betrayal of true Christianity. In 1870 at age 18, he adopted the basic package of prophetic beliefs of the Adventism of the day: namely, the end times had begun in 1799; Christ returned invisibly in 1874. Christ was crowned the King of Heaven in 1878. And 1914 would usher in Armageddon after a serious harvest period.

Jehovah’s Witness Religion doctrine gets a little more understandable knowing where Mr. Russell came from. Once he grasped these new teachings, he was thoroughly committed to writing about them and funding their propagation. Everyone must know about the return of Jesus!

In 1870, Charles’ father and he formed a group to study the Scriptures. Many Millerites were present and continued to influence him heavily. In 1876, he formed a partnership with a famed Adventist of that time as named above, Nelson Barbour, editor of an Adventist publication called Herald of the Morning.

One item in that magazine intrigued Russell to no end. It claimed that all Christians who had died up until now would be raised in April 1878. The invisible spiritual reign of Christ would begin then also.

My, it seems you could make anyone believe in something invisible happening! Jesus warned us about such prophets, but the Adventists were not listening to such humdrum Scripture. Nor was Charles. He, as we say today, “went off.”

The stores he had by now acquired via his father’s business, in the men’s furnishing department, were sold and brought in the modern equivalent of millions of dollars.

Then he was elected pastor of his study group.

But alas. 1878 came and went with no rapture of the church. Smart people gave up on this wing of Christianity. The false prophets went on unabashed, leaving the many who had dressed up in their finest white robes that morning, wondering how such a group could survive. But it did. And does.

Russell and Barbour argued over the implications of what had happened. That is, what had not happened. Then they split up. Russell withdrew all support from him.

But in 1879, hardly missing a beat, Charles Taze Russell began his own periodical, Zion’s Watch Tower and Herald of Christ’s Presence. (Today simply the Watchtower. Fascinating. Not talking about Christ’s physical coming, mind you. Only His coming in “Presence”, which you will discover later is a key “witness” code word.

Actually, the concept of a coming “Presence” was 1800 plus years old already. Jesus had already come indeed in His Presence via the Holy Ghost on the Day of Pentecost! Again, obvious Scripture ignored. This Adventism line was all too exciting to give up. Got to press on with the “movement”.

Also in 1879, he married Maria Frances Ackley, a move he would later call a “mistake.” As would she.

And So Jehovah’s Witness Religion Begins:

In 1881, he became co-founder, with Mr. William Conley, of the Watch Tower Tract Society.

Many “tracts” followed. His first serious publication was called Food For Thinking Christians and was read by 1.5 million people in only four months. Other works followed, with similar results. He became a prolific writer.

As also stated above, in 1884 the Society was incorporated. It was only obvious that he would become President of it. And, in 1886 he changed the name to Watch Tower Bible and Tract Society. The members were simply called, “Bible Students.”

Before long, the group of five Bible Study students had become several hundred. Annually, he was the President, but the group elected him “pastor” as well.

From 1886-1904, he created a 6-volume Bible study series originally named Millennial Dawn, later dubbed Studies in the Scriptures. 20 million copies of this work circulated in his lifetime! And why not? He expressed publicly the view that a person could find more light in his six volumes than in the sixty-six of the Bible.

The seventh volume was published after his death. But it was edited by Rutherford, his successor, and changed a bit. This caused some problems with which we must deal later.

The incredible increase of circulation opened many doors for preaching and disseminating the various doctrines he found in the Scriptures, with the help of his past friends of course. It was not long after this that C. T. Russell was world-famous.

1897. This year his wife left him. The story was promoted that she wanted more power and he would not give it to her. Maybe. But there was more. Forced celibacy on his part didn’t help. Mental cruelty, also from him, was alleged. Things came to the courts in 1903. She sued for and received a separation. Finally, in 1909 she won alimony too.

In 1903, the newspapers decided to cash in on his popularity. They published his written sermons in 4000 newspapers. 15 million readers in the United States and Canada could now drink in what Russell was pouring out. He became a phenomenon.

1908. Russell moved the headquarters to Brooklyn, New York. The building they used became known as the Brooklyn Tabernacle! No relation to the church and choir of that name in our own time.

By 1909 it was obvious to all that he owned the entire enterprise he had begun. He was accountable to no one. This eventually allowed the creeping in of immoral business practices and more.

A Presbyterian journal of that time says that, by 1912, the circulation of the writings of Charles Taze Russell was greater than all the writings of the combined number of priests and preachers in North America on that day!

By 1916, at his death, possibly only the Bible and the Chinese almanac were in greater supply!

But 11 years later, in 1927, believe it or not, the Watch Tower Society ceased publication of all of his writings! How soon they forgot, due to his successor’s powerful ways.

Just what were his beliefs, the teachings that formed the foundation of Witness theology today? Modern Jehovah’s Witness Religion deny much of their beginnings and distance themselves from this man to a great degree. But history cannot be denied.

There were some doctrines upon which he and the churches of his day were agreed. For example, justification by faith alone. The doctrine of the imminent 2nd coming. Armageddon.

But by and large, his ideas were antagonistic to the Christian faith. Here is a partial list of his errors:

Then, from Barbour and the Adventists, Russell picked up these further teachings:

Russell, unlike other religious leaders, pretended to no visions, etc. He simply interpreted the Bible, using “reason” and the prevailing winds of the teaching of his own day. He believed he was in the process of restoring the faith of the New Testament, an idea we have heard from other denominations and independent groups.

There was more, but you get the idea.

I don’t want to start a gossip sheet here. But I have searched reputable sources and found much that is lacking in this man. You will find the same.

The record is very real about the fact that Russell was not a morally sound person. We understand that the “Accuser of the brethren” will try to hurt God’s men, but usually, the accusations fall off when light is placed upon them. By contrast, the following complaints seem to have stuck. I will not be detailed about them, but assure my reader that the documentation is available, and encourage your research to confirm.