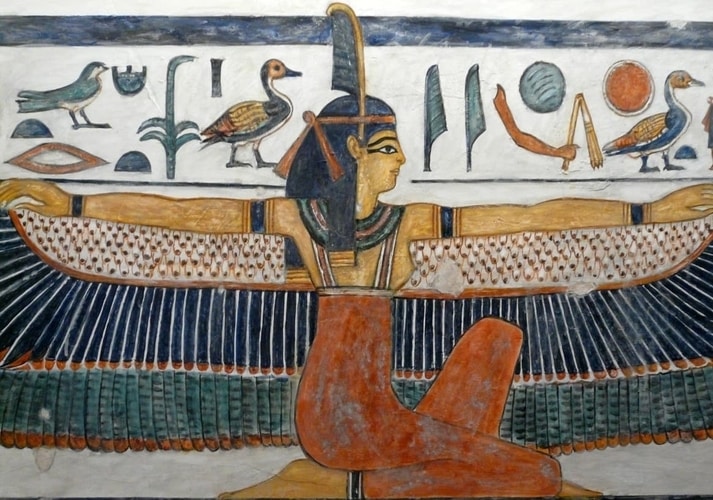 All about Kemetism religion

In recent years, people have been looking back to beliefs of the past to make sense of our modern lives. Several ancient belief systems have returned to popularity, including an Egyptian religion known as Kemetism religion.

Kemetism religion (also Kemeticism; both from the Egyptian kmt, usually voweled Kemet, the native name of ancient Egypt), also sometimes referred to as Neterism (from nṯr (Coptic ⲛⲟⲩⲧⲉ noute) “deity”), or Egyptian Neopaganism, is a revival of ancient Egyptian religion and related expressions of religion in classical and late antiquity, emerging during the 1970s. A Kemetic is one who follows Kemetism.

There are several main groups, each of which takes a different approach to its beliefs, ranging from eclectic to reconstructionist; however, all of these can be identified as belonging to three strains, including reconstructed Kemetism (adopting a philological and scholarly approach), a syncretic approach, and a more novel synthesis tending toward monotheism, Kemetic Orthodoxy.

The basics of Kemetism religion:

The name “Kemetism” comes from the old word for Egypt itself: Kemet. Practitioners of Kemetism religion consider themselves to be following the religious beliefs and the rituals of ancient Egypt. While historians are still struggling to understand the complexities of Egyptian beliefs, followers of Kemetism forge ahead with what they know and believe.

At the core of Kemetism religion is the belief in “ma’at.” Ma’at is the principle of divine balance as well as a guiding force for the entire universe. Another core belief is in the existence of a single supreme being: Netjer. The different gods represented in Egyptian mythology are all considered to be different manifestations of Netjer, each with their own name.

There are many Kemetic beliefs that are not agreed upon by every practitioner, however. One of the biggest discussions is whether Kemetism is a monotheistic (worshiping one god) or polytheistic (worshiping many gods) religion. This is due to the nature of Netjer and its many different manifestations.

Many kemetics also practice the veneration of their ancestors. These individuals have a shrine to their ancestors, known as an “akhu,” in their home and will pray to them for guidance.

Kemetic revivalism appears in the 1970s with the rise of neopaganism in the United States, the “Church of the Eternal Source” promoting New Age receptions of Egyptian spiritualism, founded in 1970, and the Ausar Auset Society promoting Pan-Africanism founded in 1973, Tamara Siuda’s Kemetic Orthodoxy following in the late 1980s and Kerry Wisner’s Akhet Kemetic reconstructionism in 1990.

The movement is composed of a mixture of New Age, Wicca, and Afrocentrism, the latter in the context of “Afrocentrist Egyptology” which emerged in the United States in the 1990s, making Ancient Egypt a “Black Culture”.

By the late 1980s, Kemetism religion had become popular enough for large groups of believers to organize, create institutions, and found a few different branches.

One early Kemetic leader, Tamara L.Siuda, was especially influential and greatly responsible for the rise in popularity. Siuda founded Kemetic Orthodoxy in 1989 and attracted followers so quickly that the religion was federally recognized in 1994.

The “Ausar Auset Society” is a Pan-African religious organization founded in 1973 by Ra Un Nefer Amen. It is based in Brooklyn, New York with chapters in several major cities in the United States. The organization was created for the purpose of providing members a societal framework through which the Kemetic spiritual way of life can be lived daily. The organization provides Afrocentric-based spiritual training to the African American community and to the African diaspora. The religion uses the “Kemetic” Tree of Life (Paut Neteru) as the basis of its cosmogony and philosophical underpinning. It seeks to reunite the traditions of the founders of civilization into a spiritually empowering way of life that aims at the awakening of the Osiris/Ausar principle (the Atman (Hinduism), Divine Self) within each individual.

Church of the Eternal Source:

The Church of the Eternal Source (Burbank, California, since 1970), and the affiliated Temple of Ptah and Circle of Anubis (since 1975, based in Portland, Oregon) are “open to all interested pagans and Wiccans who have an interest in the Ancient Egyptian Religions.”

“Kemetic Orthodoxy” is a specific tradition within Kemetic reconstructionism. It gained federal recognition in the United States of America as a religion under the name “House of Netjer” in 1994, and its tenets emphasize monolatry, ancestor veneration, and personal devotion. Although based on ancient Egyptian beliefs and practices, the religion was founded in 1988 by Tamara L. Siuda, known formally within her faith as “Her Holiness, Sekhenet-Ma’at-Ra setep-en-Ra Hekatawy I, Nisut-Bity of the Kemetic Orthodox faith.” She underwent her coronation as Nisut-Bity in 1996 through ceremonies performed in Egypt by herself, and in 2000 she achieved a master’s degree in Egyptology. The organization is centered around the Tawy House temple in Joliet, Illinois but there are followers of the faith located around the world who correspond via the internet.

The House of Netjer was legally recognized by the state of Illinois in 1993 and granted tax-exempt status in 1999. By 2007, Kemetic Orthodoxy claimed some 450 members.

The experience of Netjer occurs in the context of ritual practice and daily life. Each member is seen as having a unique and personal relationship with Netjer. The truth of one’s experience of Netjer is always measured against the scholarly sources so as to avoid falling into “personal gnosis” (Knowledge of the divine based solely on experience)

There is little discussion of culture in these groups which tend to believe that as moderns applying such ancient cultural constructs to modern lives outside of religious practices is in most cases unnecessary.

An example of this is their position regarding the role of the “Nisut”. They believe that in modern times there is no nation thus no basis or need for a King. Further, they believe that giving that sort of power to any one individual in modern times is dangerous and ultimately may lead to a cult. The temple’s leadership runs like a modern committee making decisions for the faith based on research and experience.

The Largest of these organizations is Akhet Het Heru which describes itself as a mystery school like other occult organizations and provides material for individual study and practice which draws on both western mystery schools and Egyptological sources.

A big difference between the reconstructionists and both the Orthodox and Traditional Kemetic practitioners is the focus on solitary practitioners and individual distance instruction.

In addition, Kemetism religion reconstructionists are most likely to identify themselves with modern neo-pagan and occult organizations although through the influence of the two other schools of thought more and more reconstructionists speak of Kemetic faith as an African religion. However, neither practices nor teaching draws on African sources or those of other African Traditions. Rather they feel the ideas and principles of Kemetic Religion are best understood through Egyptological sources and the mystery traditions.

The leader of Akhet Hwt Hrw is Kerry Wisner. Mr. Wisner is trained in hypnosis, a martial artist, and is a certified Forensic Hypnotist. He has studied and practiced within the western mystery tradition for over 20 years before starting Akhet Hwt Hwr. He was initiated into the “Egyptian Mysteries” more than 20 years ago

Modern Atenism is a reconstructed religion based on the practices of Ancient Egypt as developed under the reforms of Akhenaten. While it is reconstructed, it is also an evolving religion that combines ancient and modern practices to create a new, living religion.

The history of modern Atenism has been one of growth, followed by some stagnation. During the early years of the internet, there was work on creating and defining Atenism, but in time the groups tended to dissipate. At the present moment, there are only a couple of semi-active Atenist groups.