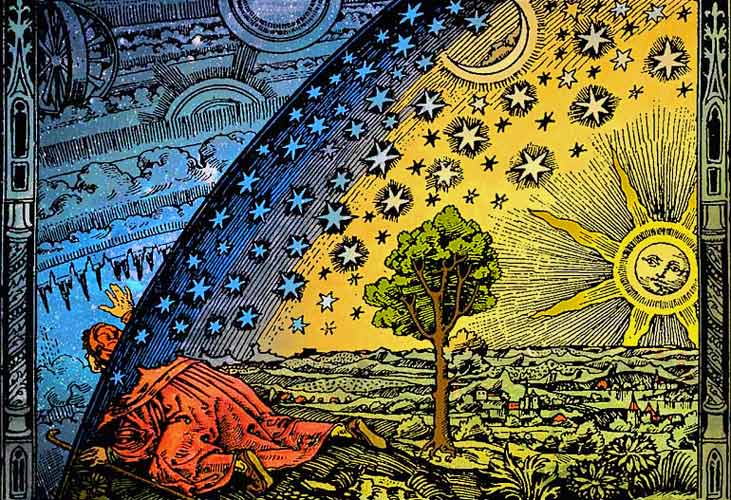 What Is Gnosticism mean?

Gnosticism was a mystical approach to God with a comprehensive and not always single understanding of the universe. One such understanding was a dualistic belief that fathoms the material and the spiritual universes as two different worlds. The word “gnosis”, literally translated as “knowledge”, can also be interpreted as “enlightenment” or “salvation”, and it is contiguous with the “enlightenment” concept of Buddhism or Hinduism.

Gnosticism was an individual and personal approach to God practiced by various superannuated religious groups including Christians. Constantine the Great (272-337) granted the growing Christian Church-state privileges and outlawed other churches like the Arian Church including Gnostic sects and many others. Thus, Gnosticism became officially a heretic belief and, as a consequence, it had no further prospects to swell in a habitat hostile to it. The place where it had lasted for years in Europe suddenly became unfriendly and Gnosticism hence entirely vanished from this region.

Gnosticism is a collection of religious ideas and systems which originated in the late 1st century AD among Jewish and early Christian sects. These various groups emphasized personal spiritual knowledge (gnosis) above the orthodox teachings, traditions, and authority of traditional religious institutions. Viewing material existence as flawed or evil.

Early Christianity was a powerful esoteric movement. We all know that the first Christians recognized more gospels than the four official ones we are presently familiar with. The Gospel of Thomas was one such Gnostic text.

Early Gnostic Christians taught reincarnation and they used the Rod of Asklepios (a serpent-entwined rod) or a caduceus (a staff with two entwined snakes that Hermes, the Greek god of transitions, carried) to symbolize immortality (source: Secrets of the Serpent, in Search of the Sacred Past, Special Revised… by Philip Gardiner). This proves that they did not see the serpent purely as the symbol of evil, as this creature also symbolizes admirable qualities. Of these, I can mention immortality and power, as the Bible says in Numbers 21:9: “So Moses made a bronze snake and put it up on a pole. Then when anyone was bitten by a snake and looked at the bronze snake, they lived.”

In the early centuries after Christ, Christian leaders wanted to gain political power over Rome and to establish the Christian orthodoxy that would control the masses. And they succeeded…

One of such mystery religions in Europe was the Mysteries of Mithras sometimes referred to as Roman Mithraism. Mithra was a Zoroastrian angelic divinity but also a Vedic god (spelled as Mitra). The Avestan language (old Iranian) and Sanskrit are incredibly similar. Both Hinduism and Zoroastrianism are the oldest world religions. The Vedic Mitra and the Iranian Mithra have undoubtedly a common origin.

Mystery of Isis, the Mistress of Magic, was another cult of many. It had originated in ancient Egypt. Its influence was so great that it spread to ancient Greece and also to the Roman Empire. This cult revered Isis, the Egyptian goddess of fertility and magic. It had a strong sexual nature similar to Tantrism practiced by various groups in India.

Among other genuine Gnostic groups, I can mention the Mandaeans. They revere Adam, Seth, Noah, and particularly John the Baptist. They also revere other personalities like Abel. They recognize Jesus, but they do not give him such significance as they do give to other biblical personages. The Mandeans are one of the few true Gnostic groups that have persevered until today with several thousand-year histories in teachings and practices. They predominantly live in the Muslim world where they also have their origin (Iraq/Iran). However, Mandaeism is not Islam, neither is it Christianity, nor Judaism.

Sufism is an Islamic school that inherited much of its approaches from genuine Gnosticism the way it had been practiced in antique Greece a long time ago and thus also in Persia. Throughout history, the mainstream religious orthodoxy has continuously outlawed “unofficial” approaches to God. Sufism is therefore beyond Islam. It started in Iraq after the death of the Prophet after the year 632 as a response to spiritual stiffness and it spread to other parts of the Islamic world including India. The term “Sufism” is derived from the Arabic suf, which means wool. Wool symbolizes simplicity, poverty, and also modesty. Christian monks, too, carried garments made out of wool for the same reason.

Tantric Hinduism consists of many schools the teachings of which diverged from the orthodox Brahmanism. In ancient India, there were some non-conformist religious groups of people who similarly sought God as Sufi saints did and they chose the way of life as wandering seekers called the Vratyas. Scholars consider them to be the prototype of the first forms of Tantrism. The Atharva Veda contains a hymn dedicated to the Vratyas. The Rig Veda, too, mentions this “mystical fellowship” where the term Vratya denotes a breakaway group.

Tantra is a secret path, as it has always had opponents from the “official world”. These opponents supported the orthodoxy also with the purpose to control people. Tantrism, although different in its approaches to God than the above-mentioned mystical schools, has the same seat in Hinduism as Sufism in Islam. Gnostic Christianity was banned and Tantric Hinduism became secret as a consequence.

The initial tenet of Gnosticism was that an imperfect God created the material world, but it was a diverse approach with various belief systems. To see the apparel of Gnosticism in its genuine light, I should conclude that the inner-world practice of it was to attain “mystical experiences” – that is, to achieve “mystical knowledge” (“gnosis”) not only on a rational but also on an empirical basis and thus to open the mystical door of God in one’s heart.