Theosophical Society Beliefs | What are the core beliefs of theosophy 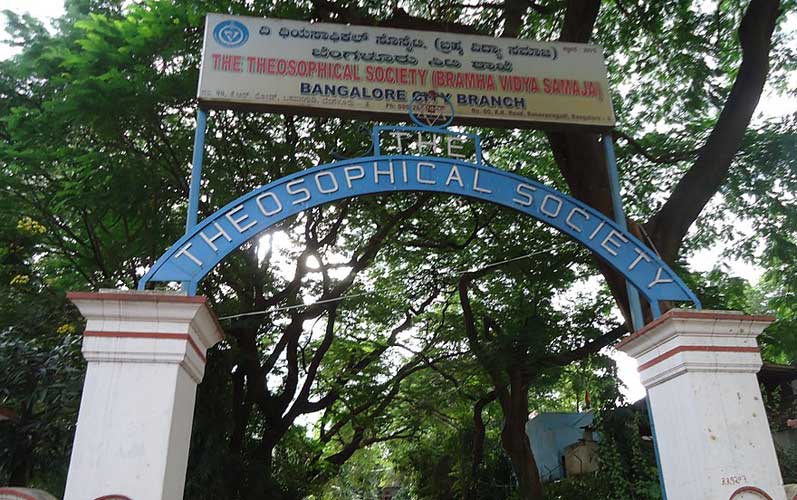 Theosophical Society Beliefs | What are the core beliefs of theosophy

Theosophy is a religion established in the United States during the late 19th century. theosophical society beliefs were founded primarily by the Russian immigrant Helena Blavatsky and draws its teachings predominantly from Blavatsky’s writings. Categorized by scholars of religion as both a new religious movement and as part of the occultist stream of Western esotericism, it draws upon older European philosophies such as Neoplatonism and Asian religions such as Hinduism and Buddhism.
Forms of this doctrine were held in antiquity by the Manichaeans, an Iranian dualist sect, and in the Middle Ages by two groups of dualist heretics, the Bogomils in Bulgaria and the Byzantine Empire and the Cathari in southern France and Italy.

As presented by Blavatsky, Theosophy teaches that there is an ancient and secretive brotherhood of spiritual adepts known as the Masters, who although found around the world are centered in Tibet. These Masters are alleged by Blavatsky to have cultivated great wisdom and supernatural powers, and Theosophists believe that they initiated the modern Theosophical movement by disseminating their teachings via Blavatsky. They believe that these Masters are attempting to revive the knowledge of an ancient religion once found around the world and which will again come to eclipse the existing world religions. Theosophical groups nevertheless do not refer to their system as a “religion”.

Theosophy preaches to the existence of a single, divine Absolute. It promotes an emanation cosmology in which the universe is perceived as outward reflections from this Absolute. Theosophy teaches that the purpose of human life is spiritual emancipation and claims that the human soul undergoes reincarnation upon bodily death according to a process of karma. It promotes values of universal brotherhood and social improvement, although it does not stipulate particular ethical codes.

The various forms of theosophical speculation have certain common characteristics. The first is an emphasis on mystical experience. Theosophical writers hold that there is a deeper spiritual reality and that direct contact with that reality can be established through intuition, meditation, revelation, or some other state transcending normal human consciousness. Theosophists also emphasize esoteric doctrine.

Modern theosophists claim that all world religions contain such inner teaching, and much attention is devoted to deciphering the meaning concealed in sacred texts. In addition, most theosophical speculation reveals a fascination with supernatural or other extraordinary occurrences and with the achievement of higher psychic and spiritual powers. Theosophists maintain that knowledge of divine wisdom gives access to the mysteries of nature and humankind’s inner essence. Finally, theosophy displays a characteristic preference for monism

The view that reality is constituted of one principle or substance, such as mind or spirit. Although theosophists recognize the basic distinctions between the phenomenal world and a higher spiritual reality and between the human and the divine, which suggests dualism, most theosophists also affirm an overarching, all-encompassing unity that subsumes all differentiation. Associated with their monism are the beliefs that God is utterly transcendent and impersonal, that creation is the product of spiritual emanations from God, and that humans are sparks of the divine trapped in the material world who desire to return to their spiritual home.

1. To form a nucleus of the universal brotherhood of humanity, without distinction of race, creed, sex, caste, or color.
2. To encourage the comparative study of religion, philosophy, and science.
3. To investigate unexplained laws of nature and the powers latent in humanity.

Stating your approval of these Three Objects is the sole condition of membership. All members have an equal right to follow any school of thought but have no right to force their choice on others. Society fearlessly encourages freedom of thought and expression, within the limits of courtesy and consideration for others.

Most Theosophists regard Truth as a prize to be striven for, not as a dogma to be imposed by authority. We hold that belief should be the result of individual understanding rather than mere acceptance of traditional ideas, and that it should rest on knowledge and experience, not on faith. We seek out Truth through study, reflection, meditation, service, and devotion to high ideals.

At the same time, Theosophists respect the beliefs of different traditions. We see each religion as an expression of Divine Wisdom, adapted to the needs of a particular time and place. We prefer to study various religions rather than condemning them, and we like to practice them rather than trying to convert others. Theosophists extend tolerance to all, even to the intolerant, not as a privilege we bestow, but as a duty, we perform. We seek to remove ignorance, not punish it. Our aims are peace and Truth.

Although It, therefore, has doctrine but does not present this as dogma. The Society stated that the only tenet to which all members should subscribe was a commitment “to form a nucleus of the Universal Brotherhood of Humanity without distinction of race, creed, sex, caste or color”. This means that there were members of the Theosophical Society who were skeptical about many, or even all, of the Theosophical doctrines while remaining sympathetic to its basic aim of universal brotherhood.

As noted by Santucci, Theosophy is “derived primarily from the writings” of Blavatsky, however, revisions and innovations have also been produced by subsequent Theosophists like Annie Besant and Charles Leadbeater. Blavatsky claimed that these Theosophical doctrines were not her invention, but had been received from a brotherhood of secretive spiritual adepts whom she referred to as the “Masters” or “Mahatmas”

The objectives of The Theosophical Society as stated in its constitution are:

To diffuse among men a knowledge of the laws inherent in the universe.
To promulgate the knowledge of the essential unity of all that is, and to demonstrate that this unity is fundamental in nature.
To form an active brotherhood among men.
To study ancient and modern religion, science, and philosophy.
To investigate the powers innate in man.

Central to Theosophical belief is the idea that a group of spiritual adepts known as the Masters not only exist but were responsible for the production of early Theosophical texts. For most Theosophists, these Masters are deemed to be the real founders of the modern Theosophical movement. In Theosophical literature, these Masters are also referred to as the Mahatmas, Adepts, Masters of Wisdom, Masters of Compassion, and Elder Brothers. They are perceived to be a fraternity of human men who are highly evolved, both in terms of having advanced moral development and intellectual attainment.

They are claimed to have achieved extra-long life spans and to have gained supernatural powers, including clairvoyance and the ability to instantly project their soul out of their body to any other location. These are powers that they have allegedly attained through many years of training. According to Blavatsky, by the late 19th century their chief residence was in the Himalayan kingdom of Tibet. She also claimed that these Masters were the source of many of her published writings.

The Masters are believed to preserve the world’s ancient spiritual knowledge and to represent a Great White Brotherhood or White Lodge that watches over humanity and guides its evolution. Among those whom the early Theosophists claimed as Masters were Biblical figures like Abraham, Moses, Solomon, and Jesus, Asian religious figures like Gautama Buddha, Confucius, and Laozi, and modern individuals like Jakob Bohme, Alessandro Cagliostro, and Franz Mesmer. However, the most prominent Masters to appear in Theosophical literature are Koot Hoomi (sometimes spelled Kuthumi) and Morya, with whom Blavatsky claimed to be in contact. According to Theosophical belief, the Masters approach those deemed worthy to embark on an apprenticeship or chelaship.

The apprentice would then undergo several years of probation, during which they must live a life of physical purity, remaining chaste, abstinent, and indifferent to physical luxury. Blavatsky encouraged the production of images of the Masters. The most important portraits of the Masters to be produced were created in 1884 by Hermann Schmiechen. According to a scholar of religion Massimo Introvigne, Schmiechen’s images of Morya and Koot Humi gained “semi-canonical status” in the Theosophical community, being regarded as sacred objects rather than simply decorative images.

Campbell noted that for non-Theosophists, the claims regarding the existence of the Masters are among the weakest made by the movement. Such claims are open to examination and potential refutation, with challenges to the existence of the Masters, therefore, undermining Theosophical beliefs. The idea of a brotherhood of secret adepts had a long pedigree stretching back several centuries before the foundation of Theosophy; such ideas can be found in the work of the Rosicrucians and were popularized in the fictional literature of Edward Bulwer-Lytton. The idea of having messages conveyed to a medium through spiritually advanced entities had also been popularized at the time of Theosophy’s foundation through the Spiritualist movement.

According to Blavatsky’s teachings, many of the world’s religions have their origins in a universal ancient religion, a “secret doctrine” that was known to Plato and early Hindu sages and which continues to underpin the center of every religion. She promoted the idea that ancient societies exhibited a unity of science and religion that humanity has since lost, with their achievements and knowledge being far more than what modern scholars believe about them Blavatsky also taught that a secret brotherhood has conserved this ancient wisdom religion throughout the centuries, and that members of this fraternity hold the key to understanding miracles, the afterlife, and psychic phenomena, and that moreover, these adepts themselves have paranormal powers.

She stated that this ancient religion would be revived and spread throughout humanity in the future, replacing dominant world religions like Christianity, Islam, Buddhism, and Hinduism. Theosophy tended to emphasize the importance of ancient texts over the popular ritual and customs found within various religious traditions. The Theosophical depiction of Buddhism and Hinduism, however, drew criticism both from practitioners of orthodox Buddhist and Hindu traditions, as well as from Western scholars of these traditions, such as Max Müller, who believed that Theosophists like Blavatsky were misrepresenting the Asian traditions.

Theosophy does not express any formal ethical teaching, a situation that generated ambiguity. However, it has expressed and promoted certain values, such as brotherhood and social improvement. During its early years, the Theosophical Society promoted a puritanical attitude toward sexuality, for instance by encouraging chastity even within marriage.

By 1911, the Theosophical Society was involved in projects connected to a range of progressive political causes. In England, there were strong links between Theosophy and first-wave feminism. Based on statistical analysis, Dixon noted that prominent English feminists of the period were several hundred times more likely to join the Theosophical Society than the average member of the country’s population. Theosophical contingents took part in feminist marches of the period; for instance, a Theosophical group operating under the banner of Universal Co-Freemasonry marched as part of the Women’s Coronation Procession in 1911.

The Theosophical Society beliefs did not prescribe any specific rituals for adherents to practice. However, ritualized practices have been established by various Theosophical groups; one such group is the Liberal Catholic Church. Another is the meetings of the United Lodge of Theosophy, which has been characterized as having a “quasi-sacred and quasi-liturgical” character.

In the exploration of esoteric knowledge, theosophists may choose to go through rituals related to specific modern or ancient religions. They may also participate in seances or other spiritualistic activities. Though Blavatsky herself did not believe that mediums can contact the dead, she believed strongly in spiritualistic abilities such as telepathy and clairvoyance and made many claims regarding travel on the astral plane.

Ismaili Beliefs | What are the core beliefs of Ismailism?