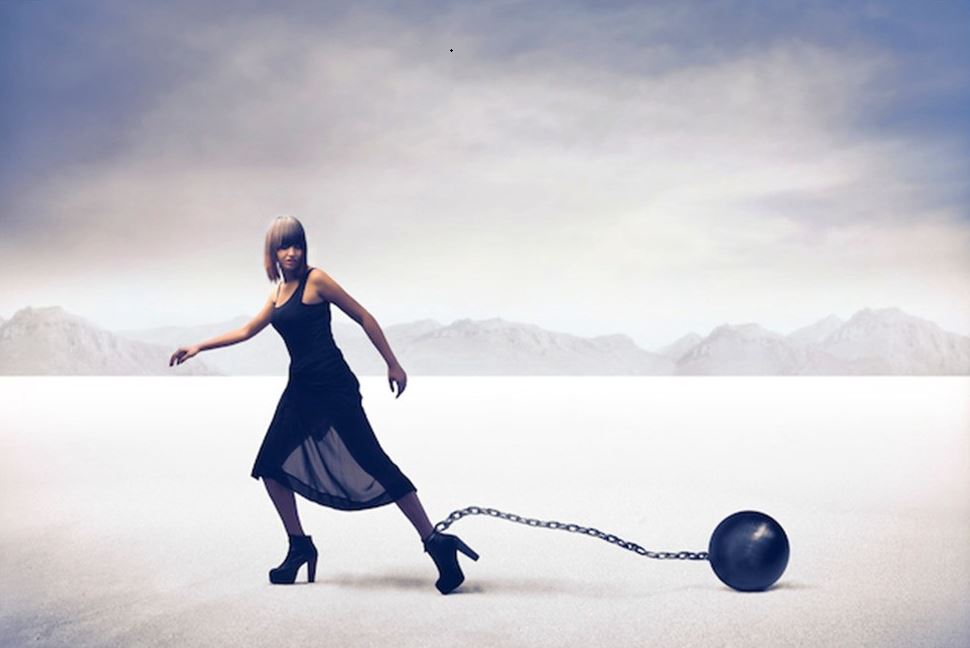 Did you ever find yourself in a situation where you saw someone just becoming successful or achieve a certain breakthrough and you thought to yourself, “I can never do that.” Most of us probably have, even the successful individuals, at some point in our lives experience this feeling. This is the result of something called self-limiting beliefs that has been rooted in your mind.

So what are self limiting beliefs? Self limiting beliefs are mental blocks, negative thoughts and beliefs, psychological hindrance or even inner monsters stored in your mind. They tend to have negative effects on you, greatly limits your ability and programs your mind to discard all possibilities of ever achieving your goals and ultimately your success.

There are numerous detrimental self limiting beliefs but I will touch on the top seven ones that I personally feel have the worst effects on people. Let us explore them first before I go into the negative effects they have on you.

1) Believing that you are not good enough to achieve anything

This probably stems from the fact that you first thought that you are not smart enough and had no special abilities or qualities and since you don’t have them, then you are not worthy or you can’t achieve anything great.

Before I tackle this, I need you to understand that I am explaining this in terms of a normal natured and perhaps even well-manered person and not in terms of a obnoxious, rude, insensitive, bad-mannered person who deserve to be loathed by people. Even then, there are ill-mannered people that are liked by others. Anyway, back to the subject matter. This belief lead you to think that no one likes you or wants to befriend you because of a flaw or flaws you have. You generally accept that you will never be liked and hence stamped that belief into your mind.

3) Believing That You Will Be Rejected

This is a very common self-limiting belief that exists in many different types of individuals from different walks of life. It exist in a student who is fearful of asking her teacher for assistance, a worker asking her colleague for help, a disciple seeking advice from her mentor, a child desperately wanting her parents to get her a new toy and especially a person trying to ask another person of the opposite sex a question or out for a date. People with this belief is driven primarily by fear; the fear that the other party might not reciprocate the way she intended and will immediately say no to her.

4) Believing that certain tasks are impossible to achieve

It is prudent to note here that I am not talking about universally/psychologically impossible taks to achieve such as humans flying, a child being older than her parents or a fan being on and off at the same time. Rather, the tasks I am focusing are those that have been proven time and again to be very possible to achieve yet people with these belief limit themselves by saying they simply cannot achieve these tasks because they lack the qualities, knowledge, tools, resources, et cetera. In fact, this self-limiting belief can be regarded as a complement to self-limiting belief no 1).

5) Having a one sided track belief

People with this thought believe that there is only one solution to a particular equation or simply put that there is only one way to perform a certain task or to do things. A very appropriate example here is the current employee mindset that is rooted in most wage-earning individuals. However, please note that I am not attacking employees or I have anything against them. In fact, I sincerely admire their determination, perseverance and strength. Anyway, back to the example. Most employees believe that the only proper, “ethical” way to earn money is to work long, hard hours, sacrificing their energy, time, interests, family just so that they can earn a monthly pay check from their employers. What they fail to understand is that there are many alternatives to earning money such as running a business and investing.

6) Believing that you are destined for failure

This is one of the most damaging self-limiting belief anyone can possess and sadly it exist in a huge percentage of us. People with this belief deeply believe that whatever they do will end up in failure and because of this, they don’t set out to try anything beneficial or stop halfway when trying it and ultimately they do fail. They fail not because it was their destiny to fail but because they believed it was so, they did not take the relevant effective actions and consequently fail.

7) Believing that you cannot be successful

This belief basically encompasses all the other 6 beliefs mentioned above and all the other self-limiting beliefs that are not tackled in this post. Believing ultimately that you cannot achieve success is the stepping stone towards a chain reaction of events that will steer you away from your core desires, propel you to not take effective actions and prevent you from seeing favourable results and outcomes.

In a nutshell, self limiting beliefs can have these effects on you:

1) lead to procrastination and laziness,

2) destroy and dampen your hopes and aspirations,

3) bring down your morale

4) make you lose complete focus of you goals, dreams and aspiration

5) deviate you from your intended successful path and goal.

And tons of other negative effects that is not covered here. I’m sure all this information has been enlightening to you. But what is it that you should do next to ensure that you will be armed and ready to counter and ward off these self-limiting beliefs?

There are many methods but the ones that I recommend are the Emotional Freedom Technique (EFT) and the Sedona Method. They are free, easy to implement and can be implemented in under one minute. In fact, I have come up with a hybrid technique utilising both EFT and Sedona which you can check out in my resource box below.

In biology, a self-limiting organism or colony of organisms limits its own growth by its actions. For example, a single organism may have a maximum size determined by genetics, or a colony of organisms may release waste which is ultimately toxic to the colony once it exceeds a certain population. In some cases, the self-limiting nature of a colony may be advantageous to the continued survival of the colony, such as in the case of parasites. If their numbers became too high, they would kill the host, and thus themselves. In other cases, self-limitation restricts the viability of predators, thus ensuring the long-term survival of rare species.