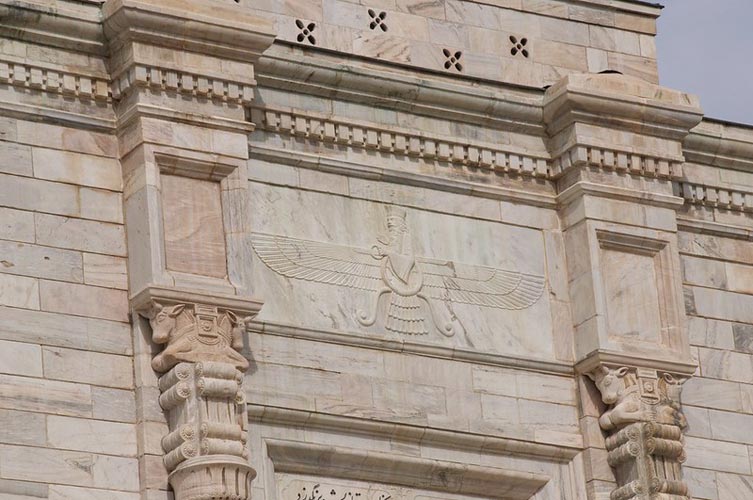 There are common questions on Zoroastrian faith and Zoroastrianism with answers From the Zoroastrian religion’s standpoint.

Zoroastrianism is one of the world’s oldest monotheistic religions, having originated in ancient Persia. It contains both monotheistic and dualistic elements, and many scholars believe Zoroastrianism influenced the belief systems of Judaism, Christianity, and Islam.

2- When did Zoroastrianism start?

Zoroastrianism dates back to the 6th century BCE. Founded in ancient Persia, it likely influenced the development of Judaism and predates both Christianity and Islam.

3- How was Zoroastrianism founded?

Zoroastrianism was founded in Persia in the 6th century BCE by the priest Zarathustra, known to the Greeks as Zoroaster. Zarathustra reformed existing Persian polytheism with his teachings about the highest god, Ahura Mazdā, and his primeval clash with Angra Mainyu, the Destructive Spirit. Zarathustra’s teachings grew to dominate Persia, but they fluctuated in popularity as various empires and cultures overtook the region.

4- Where has Zoroastrianism been practiced?

Zoroastrianism was founded in Persia (now Iran), but Zoroastrians have been the subject of persecution under Islamic regimes. Zoroastrianism flourishes more freely in India, where a number of Persian followers immigrated in the 10th century. They are known as Parsis.

5- What are the major beliefs of Zoroastrianism?

The major beliefs of Zoroastrianism can be found in its principal holy text, the Avesta. This text claims that the highest god and creator, Ahura Mazdā, is engaged in a primeval battle against Angra Mainyu, the Destructive Spirit. Believers anticipate Ahura Mazdā’s eventual victory, after which the followers of Angra Mainyu will suffer before all of the human experiences eternal bliss.

6- Who are Zoroastrians and what are their core beliefs?

Zoroastrians believe that there is one universal, transcendent, all-good, and uncreated supreme creator deity, Ahura Mazda, or the “Wise Lord”. (Ahura means “Lord” and Mazda means “Wisdom” in Avestan).

7- What are Gathas in the Zoroastrian faith?

The Gathas are 17 Avestan hymns believed to have been composed by Zarathushtra (Zoroaster) himself. They form the core of the Zoroastrian liturgy (the Yasna). They are arranged in five different modes or meters.

8- What is Asha in the Zoroastrian faith?

Asha (also arta; Avestan) is a Zoroastrian concept with a complex and highly nuanced range of meaning. The word is also the proper name of the divinity Asha, the Amesha Spenta that is the hypostasis or “genius” of “Truth” or “Righteousness”.

9- Where is holy fire Parsi?

The Udvada Atash Behram (Location: 20°29′15″N 72°52′15″E) is the most sacred of the Zoroastrian fire temples in India and the oldest continuously burning fire-temple fire in India.

10- Where do most Zoroastrians live today?

The Parsis, whose name means “Persians”, are descended from Persian Zoroastrians who emigrated to India to avoid religious persecution by the Muslims. They live chiefly in Mumbai and in a few towns and villages mostly to the south of Mumbai, but also a few minorities nearby in Karachi (Pakistan) and Chennai.

11- What caused the final decline of Zoroastrianism in Persia?

The Arab invasion abruptly brought to an end the religious domination of Zoroastrianism in Persia and instituted Islam as the official religion of the state. Yemen’s Zoroastrians who had the jizya imposed on them after being conquered by Muhammad are mentioned by the Islamic historian al-Baladhuri.

12- How many Zoroastrians are there in India?

13- Are there Zoroastrians in Iran?

Zoroastrians are the oldest religious community of Iran. Prior to the Muslim conquest of Persia, Zoroastrianism was the primary religion of the Persian Empire. According to the country’s official census, there were 25,271 Zoroastrians within the country as of 2011.

14- Which festival is known as the Harvest Festival?

Baisakhi or Vaisakhi, the harvest festival, is celebrated with great enthusiasm to mark the beginning of the new spring and is celebrated in most of India as the new year by Hindus.

15- What do Zoroastrians celebrate?

16- Where do Zoroastrians worship?

Zoroastrian places of worship are sometimes called fire temples. Each fire temple contains an altar with an eternal flame that burns continuously and is never extinguished.

17- Who was Ahura Mazda in Zoroastrian faith?

Ahura Mazda also is known as Oromasdes, Ohrmazd, Ahuramazda, Hourmazd, Hormazd, and Hurmuz) is the creator and highest deity of Zoroastrianism. Ahura Mazda is the first and most frequently invoked spirit in the Yasna.

18- Where was Parsi holy fire kept in Gujarat?

The Udvada Atash Behram, also called the Iran Shah, “King of Iran”, is a fire temple of the Zoroastrian religion; one of the eight in India. It is located in Udvada (also spelled Udwada) in Gujarat on the west coast of India.

19- Who is the evil God in Zoroastrian faith?

20- How do Zoroastrians pray?

Zoroastrians traditionally pray several times a day. Some wear a kusti, which is a cord knotted three times, to remind them of the maxim, ‘Good Words, Good Thoughts, Good Deeds’. They wrap the kusti around the outside of a sudreh, a long, clean, white cotton shirt.

21- What is the holy book of Zoroastrianism?

Avesta, also called Zend-Avesta, the sacred book of Zoroastrianism containing its cosmogony, law, and liturgy, the teachings of the prophet Zoroaster (Zarathushtra). The extant Avesta is all that remains of a much larger body of scripture, apparently Zoroaster’s transformation of a very ancient tradition.