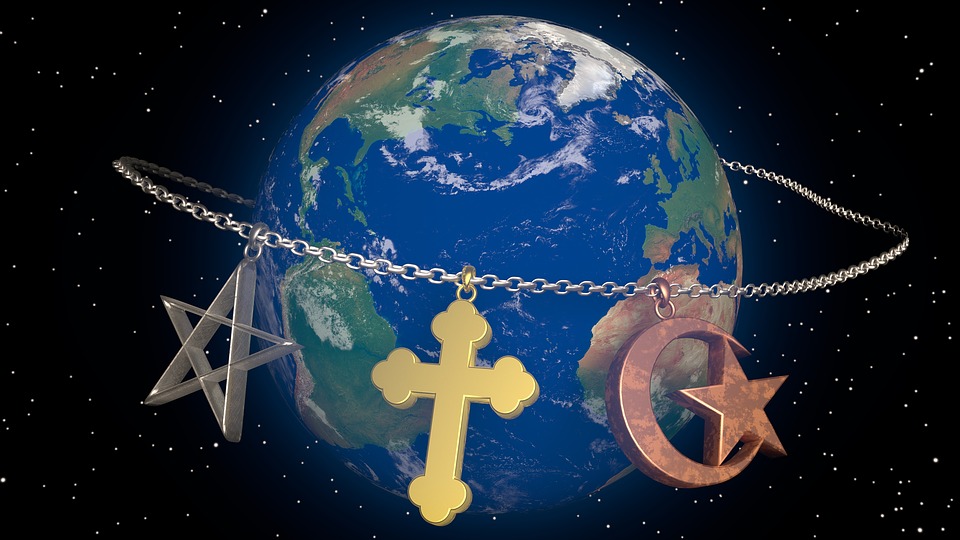 To talk about types of religion; we should recognize their categories. There are a range of ways to categorize religious beliefs and practices and a range of ways people identify their own beliefs.

Thus; believers/adherents (and non-believers/non-adherents) may self-identify or be described by others in several ways including non-practicing; secular, modern, reformist, moderate, observant, conservative, orthodox, fundamentalist and/or extremist.

Remark that some religions may be practiced in different categories. For example, the Christian concept of the Holy Trinity (God, Jesus, Holy Spirit) defies the definition of monotheism, which is a religion based on faith in a single deity; to some scholars.

Similarly, many Westerners view the multiple manifestations of Hinduism’s godhead as polytheistic; which is a religion based on a belief in multiple deities; while Hindus might describe those manifestations are a monotheistic parallel to the Christian Trinity. Some Japanese practice Shinto, which follows animism; which is a religion that believes in the divinity of nonhuman beings, like animals, plants, and objects of the natural world, while people who practice totemism believe in a divine connection between humans and other natural beings.

It is also important to note that every society also has nonbelievers, such as atheists; who do not believe in a divine being or entity, and agnostics, who hold that ultimate reality (such as God) is unknowable. While typically not an organized group; atheists and agnostics represent a meaningful portion of the population. It is important to recognize that being a nonbeliever in a divine entity does not mean the individual subscribes to no morality.

The primary religions of the world (Hinduism, Buddhism, Islam, Confucianism, Christianity, Taoism, and Judaism) differ in many respects, including how each religion is organized and the belief system each supports. Other differences include the kind of belief in a higher power; the history of how the world and the religion started, and the practice of sacred texts and objects.

An approximated 58 million people – slightly less than 1% of the global population – belong to other religions, including the Baha’i faith, Jainism, Sikhism, Shintoism, Taoism, Tenrikyo, Wicca, and Zoroastrianism, to mention just a few. At the same time; the new study by the Pew Forum also finds that roughly one-in-six people around the globe (1.1 billion, or 16%) have no religious affiliation. This makes the unaffiliated the third-largest religious group worldwide; following Christians and Muslims, and about equivalent in size to the world’s Catholic community. Studies indicate that many of the unaffiliated hold some religious or spiritual convictions (such as belief in God or a universal spirit) even though they do not identify with a particular faith.