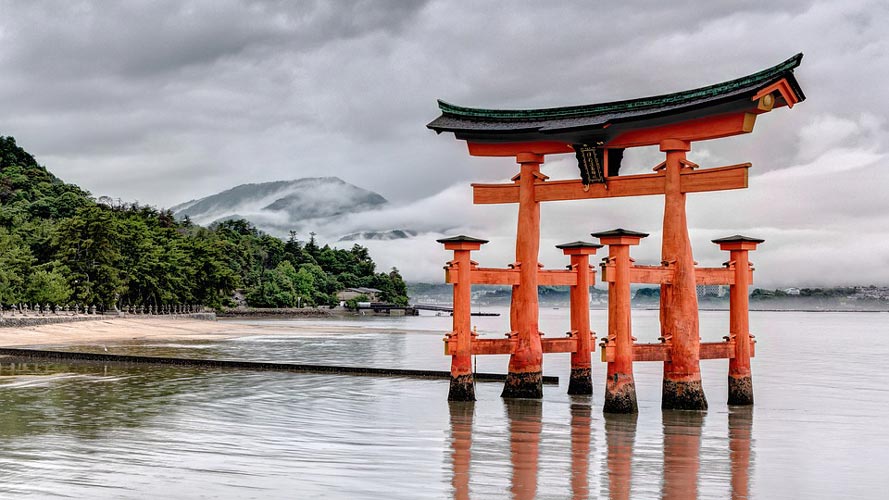 Shinto, also known as kami-no-michi, is a religion originating in Japan. Classified as an East Asian religion by scholars of religion, its practitioners often regard it as Japan’s indigenous religion and as a nature religion.

Shinto is a polytheistic belief system involving the veneration of many deities, known as kami, or sometimes as jingi. As is often the case in the Japanese language, no distinction is made here between singular and plural, and hence the term kami refers both to individual kami and the collective group of kami.

According to revived Shinto doctrine, the sovereignty of the emperor was exercised by divine right through his reputed descent from the sun goddess Amaterasu Omikami, who is considered the founder of the Japanese nation.

Shinto is derived from the Chinese words ‘shin tao’, which means ‘the way of kami’. Shinto followers believe that gods or spirits, referred to as kami, can manifest in anything in nature. This makes worship ping things like mountains and stones, and even people possible.

Shinto is an optimistic faith, there is no absolute right and wrong, as humans are thought to be fundamentally good, and evil is believed to be caused by evil spirits. Consequently, the purpose of most Shinto rituals is to keep away evil spirits by purification, prayers, and offerings to the kami.

What are the four basic beliefs of Shinto?

Shinto holy books. The holy books of Shinto are the Kojiki or ‘Records of Ancient Matters’ (712 CE) and the Nihon-gi or ‘Chronicles of Japan’

Shinto worship is highly ritualized and follows strict conventions of protocol, order, and control. It can take place in the home or in shrines.

Shinto shrines (神社, jinja) are places of worship and the dwellings of the kami, the Shinto “gods”. Sacred objects of worship that represent the kami are stored in the innermost chamber of the shrine where they cannot be seen by anybody.

Although Shinto worship features public and shared rituals at local shrines; it can also be a private and individual event, in which a person at a shrine (or in their home) prays to particular kami either to obtain something or to thank the kami for something good that has happened.

Torii marks the entrance to a Shinto shrine and is recognizable symbols of the religion.