What is Islam’s religion?

Islam religion is an Abrahamic monotheistic religion that teaches that Muhammad is a messenger of God. and worships one God, an all-knowing God, who in Arabic is known as Allah. Followers of Islam religion aim to live a life of complete submission to Allah. They believe that nothing can happen without Allah’s permission, but humans have free will.

It is the world’s second-largest religion with over 1.8 billion followers or 24.1% of the world’s population, known as Muslims. Muslims make up a majority of the population in 49 countries.

scholars typically date the creation of Islam to the 7th century, making it the youngest of the major world religions. Islam started in Mecca, in modern-day Saudi Arabia, during the time of the prophet Muhammad’s life. Mecca was originally dedicated to this one true religion, established by Abraham.
The rise of Islam is intrinsically linked with the Prophet Muhammad, believed by Muslims to be the last in a long line of prophets that includes Moses and Jesus.
the Islamic prophet Muhammad was born in Mecca around the year 570. His family belonged to the Quraysh, which was the chief tribe of Mecca and a dominant force in western Arabia.

The story continues that Osman, the founder of the Ottoman Empire, had a dream in which a crescent moon filled the sky from one end to the other. He took the dream as an omen that his kingdom would stretch across the earth, and adopted the symbol as his own.

By extension from the use in Ottoman lands, it became a symbol also for Islam as a whole, as well as representative of western Orientalism. “Star and Crescent” was used as a metaphor for the rule of the Islamic empires (Ottoman and Persian) in the late 19th century in British literature. 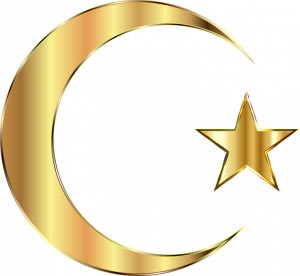 The Qur’an is the holy book for Muslims, Qur’anic revelations are regarded by Muslims as the sacred word of God, intended to complement the previous holy books, introduce a new code of law (Sharia), and correct the human-made errors in the current copies of the Torah and Enjeel.
Muslims believe that the Quran was orally revealed by God to the final prophet, Muhammad, through the archangel Gabriel (Jibril), incrementally over some 23 years, beginning on 22 December 609 CE, when Muhammad was 40, and concluding in 632, the year of his death.

What are the rituals of the Islam religion?

A mosque is a place of worship for Muslims. Any act of worship that follows the Islamic rules of prayer can be said to create a mosque.

Public worship takes place in the mosque. The muezzin (mu’adhdhin) calls the people to prayer, sometimes from a minaret. Salah is led by the Imam, a man chosen for his knowledge of the Qur’an

5 thoughts on “What is Islam religion | History, Facts, Beliefs, Symbol..”