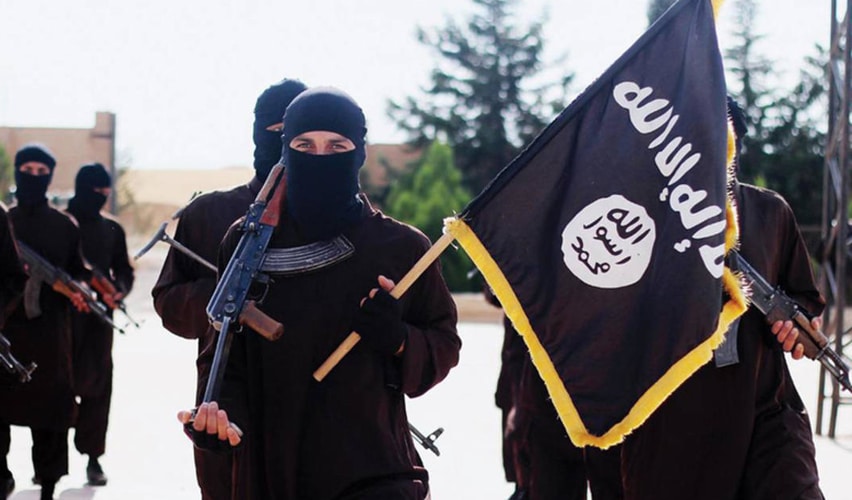 Islamic State ” SIS”  (official name since June 2014; abbreviated IS), at times known as the Islamic State of Iraq and the Levant (ISIL; /ˈaɪsəl, ˈaɪsɪl/), and as the Islamic State of Iraq and Syria (ISIS; /ˈaɪsɪs/), or by its Arabic acronym, Daesh (داعش, Dāʿish), is a militant Sunni Islamist group and formerly unrecognized quasi-state that follows a Salafi jihadist doctrine. Islamic State was founded by Abu Musab al-Zarqawi and gained global prominence in 2014 when it drove Iraqi security forces out of key cities in its Western Iraq offensive, followed by its capture of Mosul and the Sinjar massacre.

Islamic State ( ISIS ) originated in 1999, pledged allegiance to Al-Qaeda, and participated in the Iraqi insurgency following the 2003 invasion of Iraq by Western forces. In June 2014, the group proclaimed itself a worldwide caliphate and began referring to itself as the Islamic State (الدولة الإسلامية ad-Dawlah al-Islāmiyah; IS). As a caliphate, it claimed religious, political, and military authority over all Muslims worldwide. Its adoption of the name Islamic State and its idea of a caliphate has been criticized, with the United Nations, various governments, and mainstream Muslim groups rejecting its statehood. In Syria, the group conducted ground attacks on both government forces and opposition factions, and by December 2015, it held an area extending from western Iraq to eastern Syria, containing an estimated eight to twelve million people, where it enforced its interpretation of sharia law. They were estimated at the time to have an annual budget of more than US$1 billion and more than 30,000 fighters.

ISIL is a theocracy, proto-state, and a Salafi jihadist group. ISIL’s ideology has been described as being a hybrid of Qutbism, Takfirism, Salafism, Salafi jihadism, Wahhabism, and Sunni Islamist fundamentalism. Although ISIL claims to adhere to the Salafi theology of Ibn Taymiyyah, it rebels against traditional Salafi interpretations as well as the four Sunni schools of law and anathematizes the majority of Salafis as heretics. ISIL ideologues rarely uphold adherence to Islamic scholarship and law manuals for reference, mostly preferring to derive rulings based on self-interpretation of the Qur’an and Muslim traditions. According to Robert Manne, there is a “consensus” that the ideology of the Islamic State is “primarily based upon the writings of the radical Egyptian Muslim Brotherhood theoretician Sayyid Qutb”. Muslim Brotherhood began the trend of political Islamism in the 20th century seeking a gradualist establishment of another Caliphate which would be a comprehensive Islamic system ruling by sharia law. Through Sayyid Qutb’s doctrines of Jahiliyya (pre-Islamic ignorance), Hakimiyya (Divine Sovereignty), and Takfir of entire societies, a radicalized vision of Muslim Brotherhood’s political Islam project would form the core of Qutbism. Qutbism became the precursor to all Jihadist thought, from Abdullah Azzam to Zawahiri and Daesh. According to Syrian scholar Muhammad al-Yaqoubi, major elements of ISIL ideology as well as its extremist practices are derived from the Jihadist works of the Egyptian scholar Sayyid Qutb and the manuals of hardline wings of the Muslim Brotherhood movement. Alongside Sayyid Qutb, Ibn Taymiyya, Abdullah Azzam, and Abu Bakr Naji are amongst the most invoked ideological figures of ISIS.

Abu Bakr al Baghdadi himself was radicalized as a former Muslim Brotherhood member during his youth. Motaz Al-Khateeb states that religious texts and Islamic jurisprudence “alone cannot explain the emergence” of Daesh since the Muslim Brotherhood and Daesh “draw on the same Islamic jurisprudence” but “are diametrically opposite” in strategy and behavior. Through the official statement of beliefs originally released by its first leader Abu Omar al-Baghdadi in 2007 and subsequently updated since June 2014, ISIL defined its creed as “a middle way between the extremist Kharijites and the lax Murji’ites”.  ISIL’s ideology represents radical Jihadi-Salafi Islam, a strict, puritanical form of Sunni Islam. Muslim organizations like the Islamic Networks Group (ING) in America have argued against this interpretation of Islam. ISIL promotes religious violence and regards Muslims who do not agree with its interpretations as infidels or apostates. According to Hayder al Khoei, ISIL’s philosophy is represented by the symbolism in the Black Standard variant of the legendary battle flag of Muhammad that it has adopted: the flag shows the Seal of Muhammad within a white circle, with the phrase above it, “There is no god but Allah”. Such symbolism has been said to point to ISIL’s belief that it represents the restoration of the caliphate of early Islam, with all the political, religious, and eschatological ramifications that this would imply.

One difference between ISIL and other Islamist and jihadist movements, including al-Qaeda, is the group’s emphasis on eschatology and apocalypticism – that is, a belief in a final Day of Judgment by God. ISIL believes that it will defeat the army of “Rome” in the town of Dabiq. ISIL also believes that after al-Baghdadi there will be only four more legitimate caliphs.

The strategy of the Caliph, much more concrete than ideological waged by the followers of al-Qaeda and Bin Laden, as well as the conquest of territories and the creation of boundaries, is also based on the exploitation of the opportunities of the network, both for recruit new fighters that spread terror disseminating video of a beheading, torture, and murder horrible.

They have created an online magazine, are extremely active on social networks, especially Twitter, attacking websites and online bank accounts to finance themselves, making a powerful weapon of cyberwar.

In Islam, it is required for Muslims to express appreciation for Prophet Muhammad, so we call upon Allah to honor him and grant him peace. Prophet Muhammad, peace and blessings be upon him, had many enemies in his lifetime who harassed him and insulted him with the worst type of name-calling imaginable. The Prophet of Islam had practiced patience and ultimately had forgiven his enemies once he was drawn into an armed conflict that ended with him conquering Mecca.

The problem is not Islam. Islam is the religion of patience and good conduct. The problem is there are Muslims who do things that go against the Quran, Islam’s holy book, and against the teachings of Prophet Muhammad, peace and blessings be upon him. In terms of the wider problems in the Middle East concerning the Muslim-fueled bloodshed over there, the Prophet of Islam had said that some of the people in his ummah Muslim community would kill one another or imprison one another in large numbers.

Prophet Muhammad, peace and blessings are upon him, said the following eye-opening statement:

The violence that we see in the world, the widespread killings, all of that is a grave transgression that no one likes but that no one can stop. Violence begets more violence and fighting fuels distrust. Everyone claims to be on the so-called Straight Path, but most people do not take the truth into account when making sweeping judgments about others. As such, injustice flourishes, and people become more full of hatred and rage.

From the Islamic perspective, Iraq was destined to become a problem, proven by the following authentic hadith narration from the earliest devout Muslims who had lived alongside the Prophet of Islam:

Yusair bin Amr had asked Sahl bin Hunaif, “Did you hear Prophet Muhammad (peace and blessings be upon him) saying anything about Al-Khawarij?” Sahl bin Hunaif said, “I heard him saying while pointing his hand towards Iraq, ‘There will appear in it (I.e, Iraq) some people who will recite the Quran but it will not go beyond their throats, and they will go out from (leave) Islam as an arrow darts through the game’s body.'” — Source: Sahih al-Bukhari 6934