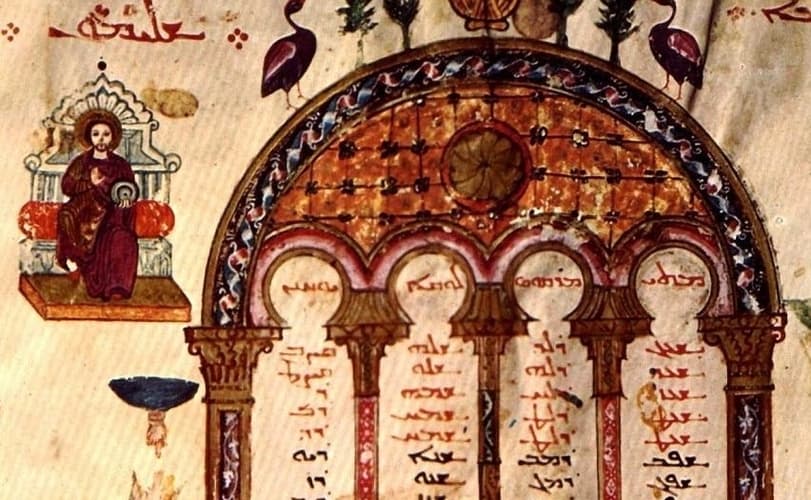 The Encratites were an ascetic 2nd-century sect of Christians who forbade marriage and counseled abstinence from meat. Eusebius says that Tatian was the author of this heresy. It has been supposed that it was these Gnostic Encratites who were chastised in the epistle of 1 Timothy.

Encratite, member of an ascetic Christian sect led by Tatian, a 2nd-century Syrian rhetorician. The name is derived from the group’s doctrine of continence (Greek: enkrateia). The sect shunned marriage, the eating of flesh, and the drinking of intoxicating beverages, even substituting water or milk for wine in the Eucharist.

Tatian converted to Christianity while studying in Rome under the Christian apologist Justin Martyr. He early showed his ascetic bent, and, after Justin’s martyrdom (c. AD 165), Tatian drifted further toward dualism and Gnosticism, severed his ties with the church, and returned to Syria, where his association with the Encratites began. He formulated the doctrine that denied salvation to Adam, and he reinterpreted some of the Pauline texts of the New Testament (e.g., 1 Corinthians 7:3–6) to make them concur with the Encratite view that marriage was licentious and service of the devil. Eusebius of Caesarea stated in his 4th-century history of the church that the Encratites rejected both the Pauline Letters and The Acts of the Apostles.

The first mention of a Christian sect of this name occurs in Irenæus. They are mentioned more than once by Clement of Alexandria, who says that they are named from “Temperance”. Somewhat later this sect received new life and strength by the accession of a certain Severus, after whom Encratites were often called Severians.

Epiphanius states that in his day Encratites were very numerous throughout Asia Minor, in Pisidia, in the Adustan district of Phrygia, in Isauria, Pamphylia, Cilicia, and Galatia. In the Roman Province and Syrian Antioch, they were found scattered here and there. They split up into several smaller sects of whom the Apotactics were remarkable for their condemnation of private property, the Hydroparastatæ or Aquarii for their use of water instead of wine in the Eucharist.

Hippolytus of Rome refers to them as “acknowledging what concerns God and Christ in like manner with the Church; in respect, however, of their mode of life, passing their days inflated with pride”; “abstaining from animal food, being water-drinkers and forbidding to marry”; “estimated Cynics rather than Christians”. On the strength of this passage, it is supposed that some Encratites were perfectly orthodox in doctrine, and erred only in practice.

These Severian Encratites accepted the Law, the Prophets, and the Gospels, but rejected the Book of the Acts and cursed St. Paul and his Epistles. But the account is given by Epiphanius of the Severians rather betrays Syrian Gnosticism than Judaistic tendencies.

They rejected marriage – declaring women and sex the work of Satan – and also intoxicants, calling wine ‘drops of venom from the great Serpent’.