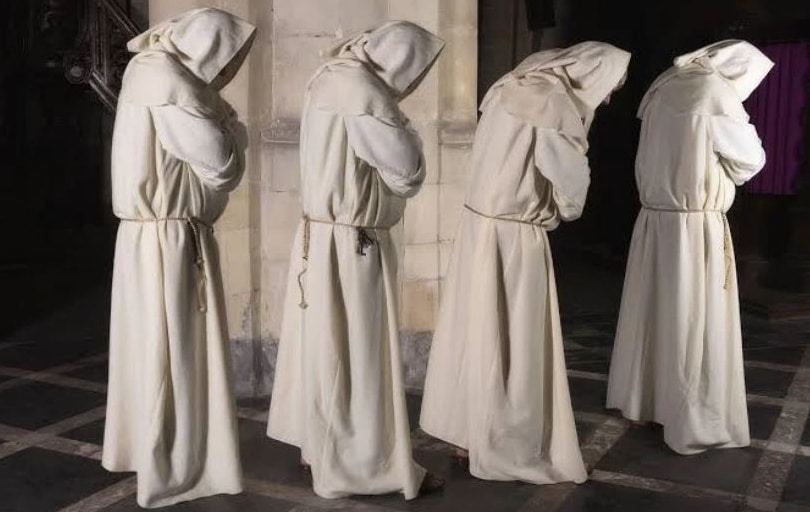 The Simonians were a Gnostic sect of the 2nd century that regarded Simon Magus as its founder and traced its doctrines, known as Simonianism (Simonians), back to him. The sect flourished in Syria, in various districts of Asia Minor, and at Rome. In the 3rd century remnants of it still existed, which survived until the 4th century.

Simon Magus, (Latin), English Simon the Magician, or The Sorcerer, (flourished 1st century AD), a practitioner of magical arts who probably came from Gitta, a village in biblical Samaria. Simon, according to the New Testament account in Acts of the Apostles 8:9–24, after becoming a Christian, offered to purchase from the Apostles Peter and John the supernatural power of transmitting the Holy Spirit, thus giving rise to the term simony (q.v.) as the buying or selling of sacred things or an ecclesiastical office.

Later references in certain early Christian writings identify him as the founder of post-Christian Gnosticism, a dualist religious sect advocating salvation through secret knowledge, and as the archetypal heretic of the Christian Church.

Having been revered by the people of northern Palestine as possessing vast preternatural powers, Simon Magus manifested his admiration for the power of Christian evangelization when, in the New Testament story, he requested Baptism from Philip the Deacon.

The biblical account concludes with Simon’s repentance and apparent reconciliation with Christianity after his condemnation by St. Peter.
The 2nd-century theologian Justin Martyr relates that Simon visited Rome at the time of the emperor Claudius (41–54) and was there deified by followers fascinated with his miracle-working. Archaeological finds reputed to have confirmed Simon’s divinization have not proved genuine.

Other Christian documents of the 3rd-century state that Simon Magus, in the role of false Messiah, had further confrontations with St. Peter at Rome. According to legend, on challenging the Apostle before the emperor Nero (54–68), Simon fell to his destruction from atop the Roman Forum in an attempt to demonstrate his occult ability to fly. Still, other sources portray him as the individual responsible for the eclectic fusion of Stoicism and Gnosticism, known as “The Great Pronouncement.”

Simon’s quasi-Trinitarian Gnostic teaching, wherein he, with the title “the Great Power of God,” appeared to the Jews as a mediating, suffering “Son of God,” to the Samaritans as “Father,” and to the pagan world as “Holy Spirit,” is contained in the early Christian writings known as the Clementine literature. The mythic form of these documents raises doubts as to whether the biblical Simon Magus and the Simon of later apocryphal sources are the same.

In the 2nd century, a Simonians sect arose that viewed Simon Magus as the first God, or Father, and he was sometimes worshipped as the incarnation of the Greek god Zeus. His consort Helen was regarded by his followers as the earthly manifestation of Athena.

In the Simonians creation myth, the first thought (Ennoia) was produced from the Father’s mind to create the angels, who in turn created the visible universe. These angels, however, imprisoned the first thought out of jealousy, placing her in a human body so that she could not return to the Father. She was thus doomed to pass from body to body, the most recent being that of Helen.

To redeem his first thought, the Father descended in human shape as Simon and offered salvation to human beings if they would recognize him as the first God.

The Simonians doctrine of salvation differed from that of the other Gnostic groups, for it promised redemption within the temporal order, whereas other Gnostics could conceive of salvation as attainable only by escaping their earthly prison.

The Simonians were variously accused of using magic and theurgy, incantations and love-potions; declaring idolatry a matter of indifference that was neither good nor bad, proclaiming all sex to be perfect love, and altogether leading very disorderly, immoral lives.

In the Philosophumena of Hippolytus, Simonians doctrine is recorded according to his reputed work, The Great Declaration, as it existed in the 2nd century. As Hippolytus himself in more than one place points out, it is an earlier form of the Valentinian doctrine, but there are things reminiscent of Aristotelian and Stoic physics.

The whole book is a mixture of Hellenism and Hebraism, in which the same method of allegory is applied to Homer and Hesiod as to Moses. Starting from the assertion of Moses that God is “a devouring fire” (Deuteronomy 4:24), Simon combined therewith the philosophy of Heraclitus which made fire the first principle of all things.

This first principle he denominated a “Boundless Power,” and he declared it to dwell in the sons of men, beings born of flesh and blood. But the fire was not the simple thing that the many imagined, and Simon distinguished between its hidden and its manifest qualities, maintaining that the former was the cause of the latter.

Like the Stoics, he conceived of it as an intelligent being. From this ungenerated being sprung the generated world of which we know, whereof there were six roots, having each its inner and its outer side.

These six roots, Mind, Voice, Reason, Reflection, Name, and Thought, are also called six powers. Commingled with them all was a great power, the “Boundless Power.” This was that which “has stood, stands, and will stand,” the seventh power (root) corresponding to the seventh day after the six days of creation. This seventh power existed before the world, it is the Spirit of God that moved upon the face of the waters (Genesis 1:2). It existed potentially in every child of man and might be developed in each to its own immensity.

The small might become great, the point be enlarged to infinity. This indivisible point which existed in the body, and of which none but the spiritual knew, was the Kingdom of Heaven, and the grain of mustard seed. But it rested with us to develop it, and it is this responsibility which is referred to in the words “that we may not be condemned with the world” (1 Corinthians 11:32).

For if the image of the Standing One were not actualized in us, it would not survive the death of the body. “The axe,” he said, “is nigh to the roots of the tree: Every tree that bringeth not forth good fruit is cut down and cast into the fire”[9] (cf. Matthew 3:10).