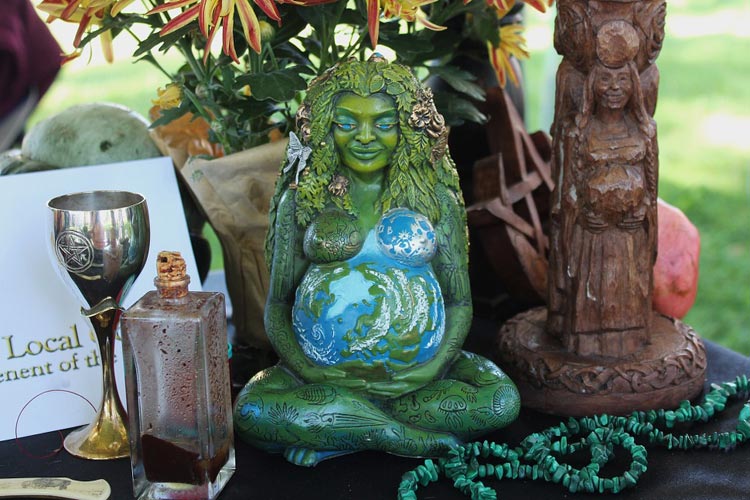 Pagan or Wicca religion is an umbrella term for many types of beliefs: Wicca, Druid, Asatru, and other religions that see the Divine in Nature and use magick in their rites. … Wiccan is a subset of Pagan.

Paganism was originally a pejorative and derogatory term for polytheism, implying its inferiority. Paganism has broadly connoted the “religion of the peasantry”. During and after the Middle Ages, the term paganism was applied to any unfamiliar religion, and the term presumed a belief in false god(s).

Wicca also termed Pagan Witchcraft, is a modern Pagan religion. Scholars of religion categorize it as both a new religious movement and as part of the occultist stream of Western esotericism.

What is the difference between a Wiccan and a witch?

Wicca, a predominantly Western movement whose followers practice witchcraft and nature worship and who see it as a religion based on pre-Christian traditions of northern and western Europe. It spread through England in the 1950s and subsequently attracted followers in Europe and the United States.

Although there were precursors to the movement, the origins of modern Wicca can be traced to a retired British civil servant, Gerald Brousseau Gardner (1884–1964). Gardner spent most of his career in Asia, where he became familiar with a variety of occult beliefs and magical practices.

Most Witches draw their inspiration from the ‘Book of Shadows’, a book of rituals and spells compiled by Gerald Brosseau Gardner.

What are Wiccan beliefs?

Despite variation within the Wiccan community, most believers share a general set of beliefs and practices. They believe in the Goddess, respect nature, and hold both polytheistic and pantheistic views.

How do Wiccans worship?

There are many rituals within Wicca that are used when celebrating the Sabbats, worshipping the deities and working magic. Often these take place on a full moon, or in some cases a new moon, which is known as an Esbat. In typical rites, the coven or solitary assembles inside a ritually cast and purified magic circle.

Who is the God of Wicca religion?

God. In Wicca, God is seen as the masculine form of divinity, and the polar opposite, and equal, to the Goddess. God is traditionally seen as the Horned God, an archetypal deity with links to the Celtic Cernunnos, English folkloric Herne the Hunter, Greek Pan, Roman Faunus, and Indian Pashupati.

What is a Wicca religion book?

A Book of Shadows is a book containing religious text and instructions for magical rituals found within the Neopagan religion of Wicca and in many pagan practices. … Numerous associations and traditions have since grown up around the Book of Shadows. Traditionally, “a Witch’s book of shadows is destroyed upon death.”