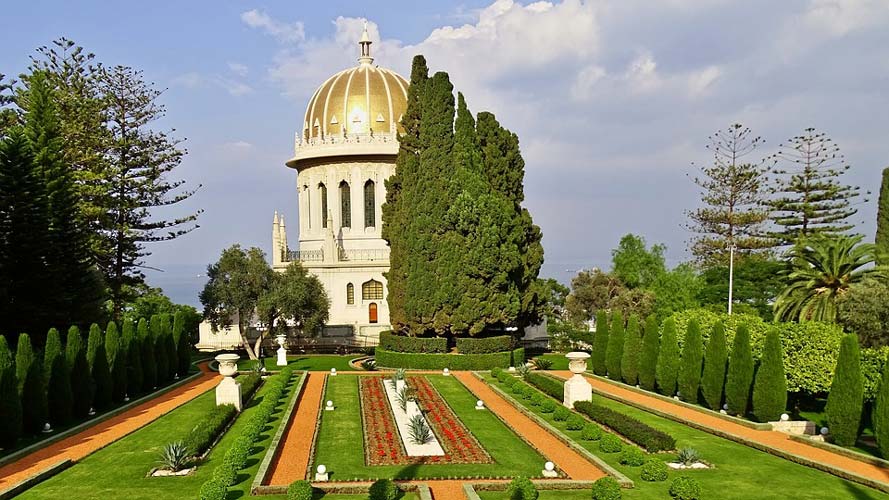 Baha’i Religion or Baha’i is believed that God periodically reveals his will through divine messengers, whose purpose is to transform the character of humankind and to develop, within those who respond to moral and spiritual qualities. Religion is thus seen as orderly, unified, and progressive from age to age.

The Bahá’í faith began to take its present form in 1844 in Iran. It grew out of the Shi’ite branch of the Muslim faith. The faith was proclaimed by a young Iranian, who called himself The Báb.

Bahá’ís see themselves as a people with a mission to bring harmony and unity in the world, and this is reflected in their spiritual practice. The main purpose of life for Bahá’ís is to know and love God. Prayer, fasting, and meditation are the main ways of achieving this and for making spiritual progress

Some of the fundamental teachings of the Baha’i Faith:

■ The oneness of God

■ The essential unity of religion

■ The unity of mankind

■ Equality of men and women

■ Elimination of all forms of prejudice

■ Harmony of religion and science

■ The need for universal compulsory education

■ The need for a universal auxiliary language

■ Obedience to government and non-involvement in partisan politics

■ Elimination of extremes of wealth and poverty

There are only three Bahá’í rituals:
Obligatory daily prayers.
Reciting the prayer for the dead at a funeral.
The simple marriage rite.

The Bahá’í view of God is essentially monotheistic. God is the imperishable, uncreated being Who is the source of all existence. He is described as “a personal God, unknowable, inaccessible, the source of all Revelation, eternal, omniscient, omnipresent and almighty”

The Baháʼí scriptures often refer to God by various titles and attributes, such as Almighty, All-Powerful, All-Wise, Incomparable, Gracious, Helper, All-Glorious, Omniscient and All-Loving. Baha’is believe the greatest of all the names of God is “All-Glorious” or Bahá in Arabic.

Is Baha u LLAH a God?

While in prison, Bahá’u’lláh had a vision of the ‘Most Great Spirit’ in the form of a heavenly maiden who assured him of his divine mission and promised divine assistance. … It stands at the heart of Bahá’u’lláh’s claim to be the Manifestation of God.

The Bahai symbol of the nine-pointed star reflects the importance of the number for the Faith. The number nine is the highest single-digit number symbolizes completement and the fulfillment of the expectations of all prior religions. The star is often portrayed in Bahai temples, which are nine-sided.

While the star is not a part of the teachings of the Baháʼí Faith, it is commonly used as an emblem representing “9”, because of the association of number 9 with perfection, unity, and Baháʼ.

In the Baha’i teachings, Baha’u’llah redefined the nature of evil, explaining that it is not a force in its own right. Evil is the absence of good in the same sense that darkness is the absence of light.
Baha’is believe that there are no such things as evil spirits or other sinister supernatural entities. Baha’u’llah taught that the name “Satan” is simply a symbol that refers to the lower instincts of human nature. It is this lower, or material, self against which we must struggle.

There are seven Baha’i religious temples, referred to as Baha’i houses of worship, in seven continents of the world. Chile in South America houses the eighth construction, which is underway. The seven places where Baha’i temples are located are North America, Australia, Uganda, Germany, Panama, Samoa, and India.