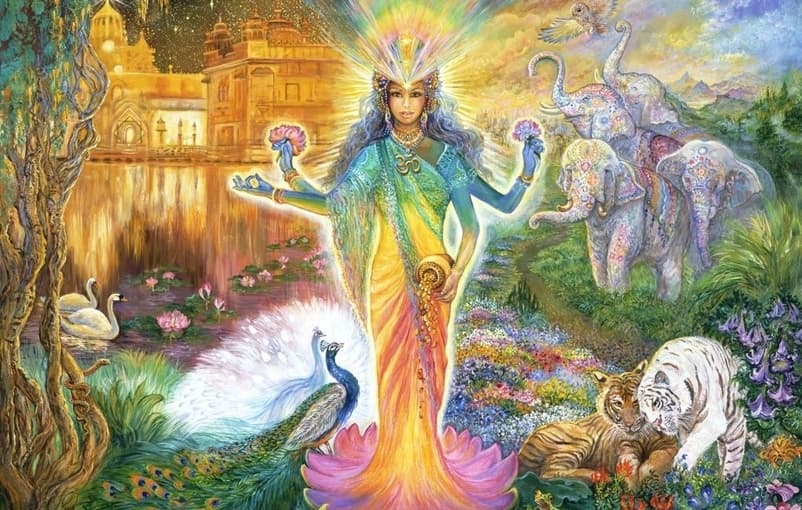 The anima mundi (Greek: ψυχὴ κόσμου psychè kósmou; English: world soul) is, according to several systems of thought, an intrinsic connection between all living things, which relates to the world in much the same way as the soul is connected to the human body.

Although the concept of the anima mundi originated in classical antiquity, similar ideas can be found in the thoughts of later European philosophers such as those of Baruch Spinoza, Gottfried Leibniz, Immanuel Kant, Friedrich Schelling, and Georg W.F. Hegel (particularly in his concept of Weltgeist).

What Is Anima Mundi meaning:

A principle regarded by some as animating the universe much as the human soul animates man’s body. The notion of an organic and living world ruled by spiritual forces rather than by mechanical laws is not peculiar to primitive minds; it is found in the writings of early philosophers. The expression “world soul” or anima mundi (Gr. το κόσμου ψυχή) was first used by Greek commentators to explain the hylozoic doctrines of the Pre-Socratics (see hylozoism; Greek philosophy). The concept was further developed by the Socratics, enjoyed some currency in the Neoplatonic tradition, and reappeared again in various forms in Renaissance and modern thought.

The world soul occupies a central position in the poetic-religious cosmogony of the Timaeus. There Plato states that the anima mundi is a compound of three elements, an indivisible and unchangeable substance, a substance that is divisible and generated by material bodies, and a third and intermediate kind of substance partaking of the nature of both the indivisible and the divisible. The Demiurge placed the world soul “in a mean between the indivisible, and the divisible and material” (Tim. 35A). Even in such poetic and unprecise language as that of the Timaeus, it seems evident that the world soul plays an intermediary role between the forms and the material world. The soul is the principle of order and life that rules over the material world, which it excels in origin and nobility; it presides over the movement of heaven and the stars, and from it, the Demiurge derives individual human souls (Tim. 41D–42).

The Platonic doctrine of the world soul was rejected by Aristotle. The Aristotelian corpus, nonetheless, reflects some inspiration from the Timaeus, for the fragmentary dialogue on philosophy, Περὶ φιλοσοφίας, mentions such doctrines as the animation of the heavens and the existence of principles of eternal and regular movement. In works of undoubted authenticity, moreover, Aristotle speaks of heat as the principle of life in the sun; in living beings, this becomes the vital breath or πνε μα that, together with ether, is the noblest and divine among the elements (Gen. animal. 736b 33–737a7).

With the Stoics, the πνε μα is the physical and rational principle of order and generation in the world (Cicero, De Natura deorum 2.7.19), sustained as it is by a force (vis ) that they call animum Mundi and identify with God. From this principle are derived the animantia Principia or λόγοι σπερματικοί.

For Neoplatonists such as Plotinus, the world soul becomes once more the connecting link between the supersensual world and the sensual world, i.e., between the Nous and matter. In its superior part, it looks upward to the Nous, while in its inferior part it looks downward toward the world of nature, which it creates according to the ideas contemplated in the Nous (Enneads 3.8.4).

This conception of a universe that is alive and pervaded by a soul or by rational and divine forces is presupposed in the religious contemplation of the universe that forms an essential part of Hellenistic culture. In the first centuries of Christian literature, one finds copious references to these animistic doctrines; they furnish, as it were, the background for Christian teaching on God’s omnipresence and paternity. Thus, it is the spirit of God that, in the words of Gn 1.2, “moved over the waters.” St. Paul had already made use of a famous Stoic verse to remind the Greeks that even their poets had felt the paternity of God (Acts 17.28). The Greek Fathers resort quite frequently to the Neoplatonic doctrine of the three hypostases to explain the mystery of the Holy Trinity, wherein the Holy Spirit is often likened to the anima mundi.

The attitude of the Latin Fathers, however, is different. They are more concerned with the nature of the relationship among the three Divine Persons than with the kind of relationship existing between the Holy Trinity and the world through creation. Accordingly, they are not so eager to compare the anima mundi to the Holy Spirit. A typical example of this attitude is that of St. Augustine, who considers the problem of the world soul a “Magna atque abdita quaestio” (Cons. Evang. 1.23.35) and never identifies the anima mundi with a Divine Person. Indeed, he seems uncertain as to whether one can properly speak of a world soul and an animated universe.

The Middle Ages came to know the doctrine of the world soul mainly through Plato’s Timaeus in its partial translation and commentary by calcidius, the commentary on the Somnium Scipionis by macrobius, and the De consolatione Philosophiae of Boethius. In general, the scholastics rejected the doctrine of the anima mundi as a profane doctrine opposed to Christian theology. Yet with the 12th-century revival of Platonism centered around the School of Chartres, the doctrine of the world soul became once more an important item of speculation that was not without some reference to the mystery of the Holy Trinity. One of Abelard’s propositions condemned at Sens states precisely that the world soul is the Holy Spirit, but it is questionable whether this accurately represented Abelard’s thought.

When Platonic natural philosophy was replaced by peripatetic physics between the 12th and 13th centuries, the belief in the world soul began gradually to disappear, not to be revived until the Renaissance. It is with M. Ficino that the doctrine of the anima mundi again came into prominence. The idea of a “cosmic soul” as an active and autonomous principle of nature was treated with keen interest by men of the wide reputation such as Agrippa of Nettesheim, Paracelsus, and B. telesio, while F. Patrizi adapted the theme of the anima mundi to his panpsychic conception of the universe. In the same vein, although with different philosophical implications, G. Bruno described the “universal soul” as a large mirror in which the divine image is reflected and infinitely fragmentized. T. Campanella made the doctrine of the world soul an important part of his system of philosophy. He conceived the world as a huge animal with an extremely refined soul that surpasses in excellence the souls of all men, as well as the angels. In the De sensu rerum et magia he describes the world soul as a common nature created by God and infused into the universe; he calls it “the first instrument of the primary Wisdom” and says that it is through it that Divine Wisdom produces the abundant richness of life, the great variety of species and genera, and the endless series of individuals.

In the 17th century, the doctrine of the world soul was held by many thinkers throughout Europe, where it became the object of heated discussions.

In Germany, J. Comenius laid the foundations of a physico-cosmological theory based on the notion that the spiritus mundi is “life itself infused into the world to operate in all things” (Physicae synopsis, 1643). According to him and his followers, God does not move natural bodies immediately, but through an invisible and spiritual substance that has the power to produce changes in things. A similar doctrine is also to be found in the writings of Johannes Bayer (Ostium vel atrium naturae, 1662), C. Axelson (Physica et Ethica Mosaica, 1613), and A. Bachimius (Pansophia enchiretica, 1682), all of whom invoke Biblical texts to support their teaching. Other representatives of this trend of thought were H. Nolle (Physica hermetica, 1619); D. van der Becke (Rechenberg), the author of a work entitled De Mundi anima; Marcus Marci von Kronland; Hieronymus von Hirenheim; and the famous J. Sturm, who in his Epistola to Henry More (1685) showed his approval of the latter’s panvitalism. For C. thomasius (Versuch vom Wesen des Geistes, 1709) the spirit, conceived as a material principle, is a power that moves, molds, and animates matter. In his Historia critica Philosophiae (1767), J. Brucker discusses at great length the doctrine of the world soul as it is found in Plato, the Stoics, Empedocles, and Plotinus, while J. G. herder speaks of a Geist der Natur, a theme that recurs again and again in the natural philosophy of romanticism and is developed, although from a somewhat different point of view, by F. W. J. Schelling (Von der Weltseele, 1798) and G. W. F. Hegel.

In England, the doctrine of a universal soul as an independent principle found its adherents mainly among the Cambridge platonists. Henry More speaks of a spirit of nature as an incorporeal substance that is the source of life and the physical laws of motion [Opera Omnia (London 1679) 1:222], while Ralph Cudworth treats the anima mundi in connection with Aristotle and Plato [The Intellectual System of the Universe (London 1678)]. C. Blount also published a work entitled Anima mundi in 1679. For R. Burthogge [Essay upon Reason and the Nature of Spirits (London 1694)], as for others, spirit, light, and world soul are equivalent terms. Even Sir Isaac Newton presupposed a certain relationship between ether and spirit, while G. Berkeley in his last work, Siris, 1744, gave a somewhat favorable account of Platonic and Neoplatonic doctrines of the spirit of the world, light, fire, and heat as moving and vivifying forces.

In France M. Mersenne showed a certain leaning toward the doctrine of the world soul [Impiété des déistes (Paris 1624) 2:402–419]; his disciple G. de Launay is credited with an essay on this subject (Essais physiques, 1667). P. Gassendi attributed the idea of the world soul—which he rejects though not wholeheartedly—to the Pythagoreans, Plato, the Stoics, the Cabalists, and even Aristotle and his Arabian disciples [Opera Omnia (Lyons 1658) 1:155].

A favorable environment for the diffusion of the doctrine of the world soul on an international level was the circle of alchemists, chemists, and physiologists. The alchemists conceived the world soul as some kind of ether or heat (fire) and as a universal principle of change; chemists and physiologists represented it as an igneous substance, distinct, at least for some of them, from the spiritual and immortal soul.

In Holland J. B. van Helmont again took up Paracelsus’ principle of the arché, while the chemists, Boerhaave and Homberg, followed by Nieuwentyt, made sulfur-fire the only active principle of the universe. Boerhaave taught also that a spiritus rector or Quinta essential, which is material, directs the growth of plants. The natura naturans of Spinoza was interpreted as meaning the world soul by P. bayle (Dictionnaire, under “Spinoza”), by Yvon (Diderot’s Encyclopédie, under “Ame”), and by J. B. R. Robinet [De la nature (Amsterdam 1761–66) 2:366].

Italy. In Italy the doctrine of the world soul, popularized by Campanella, was reasserted by men like Di Capua, D’Andrea, Doria, and even by G. Vico in his youth, each in his way and according to the principles of his particular system. 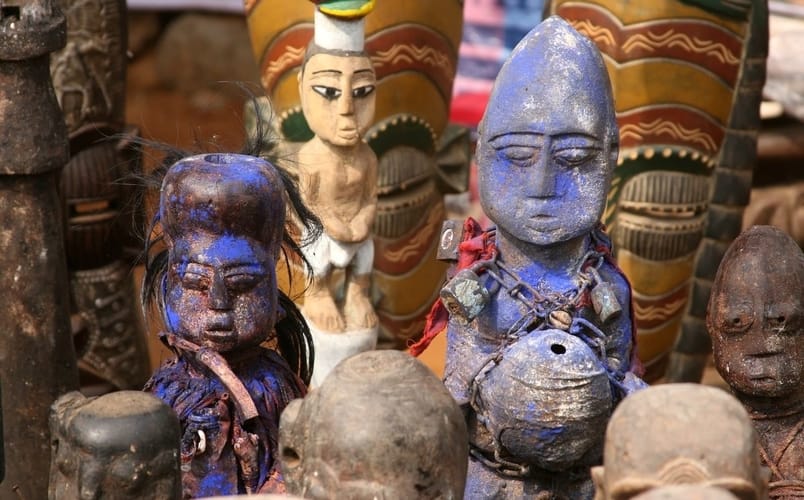 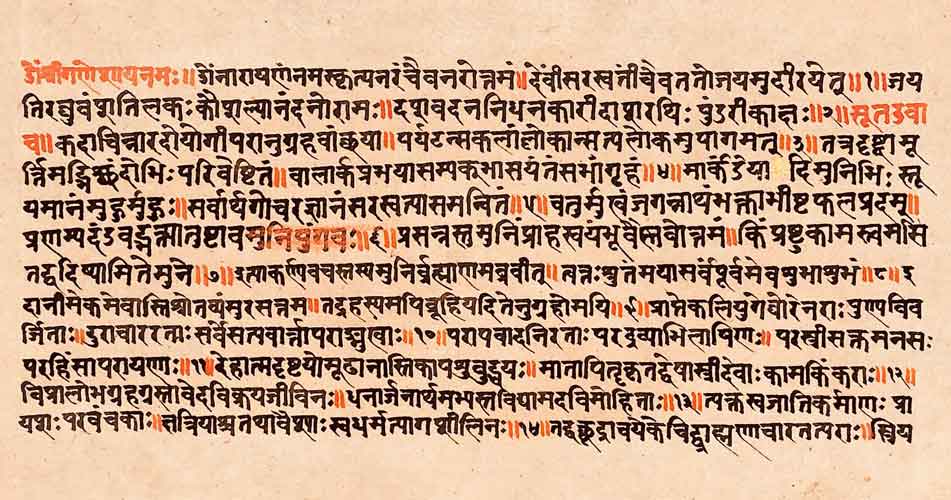