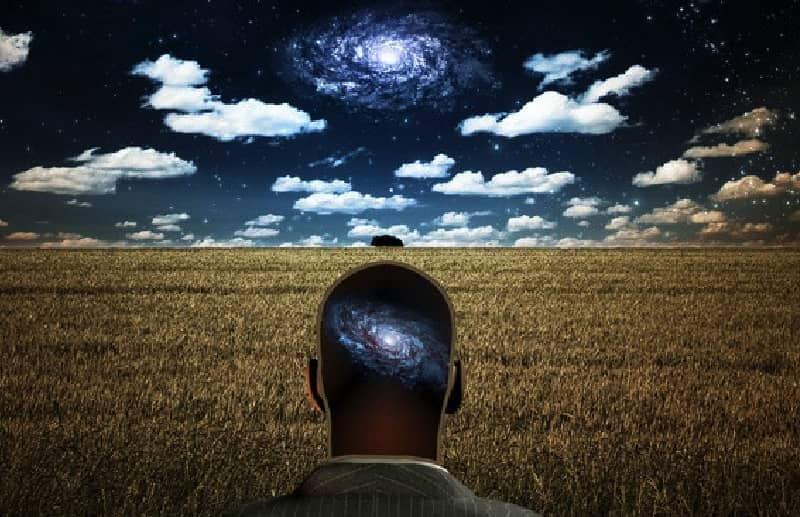 Humanistic Paganism and Naturalistic Paganism are both terms used to describe a unique Pagan path for those who are uncomfortable with or skeptical of the supernatural or metaphysical elements of contemporary Paganism.  In brief, it is Paganism without the “woo”.  Of if you prefer to frame it in affirmative terms, it is Paganism that is firmly rooted in the physical world.

What is Humanistic Paganism?

Both names are somewhat problematic for reasons that will be discussed below.  Humanistic Paganism is a form of Religious Humanism or Spiritual Humanism.  Religious Humanism can describe any religion that takes a human-centered ethical perspective, as contrasted with a deity-centered ethical perspective.  A humanistic ethic is one that begins and ends with human beings.  What is good is defined in terms of human experience, not the will of any God or gods.  Religious Humanists tend to be atheistic or non-theistic.  Even if the gods did exist, a Religious Humanist would say that we can’t know their will, and so we must base on our actions on what we human beings know — our own experience. For Religious Humanists, human experience and reason provide a more than sufficient basis for ethical action without supernatural revelation.  In fact, Religious Humanism is arguably more ethical than theistic religion.  For example, a humanistic religion would arguably be less likely to lead to genocide than a theistic one, since the will of an inscrutable god or gods cannot be used to justify human suffering.

For many Pagans, the term is “Humanistic Paganism” is problematic, however, since it seems to exclude the more-than-human world, including animals, plants, and the earth itself.  But humanism should not be confused with anthropocentrism.  A Humanistic Paganism can embrace the notion that we humans are part of a much larger community of beings to whom we have ethical obligations.  The adjective “humanistic” is intended to contrast with “theistic”; it excludes gods, but not other living beings.  Perhaps a a more accurate term, then, would be “Biotic Paganism”, but unfortunately it does not have the same cultural cachet as “Humanism”.

What is Naturalistic Paganism?

“In some respects, science has far surpassed religion in delivering awe. How is it that hardly any major religion has looked at science and concluded, ‘This is better than we thought! The Universe is much bigger than our prophets said, grander, more subtle, more elegant?’ Instead they say, ‘No, no, no! My god is a little god, and I want him to stay that way.’ A religion, old or new, that stressed the magnificence of the Universe as revealed by modern science might be able to draw forth reserves of reverence and awe hardly tapped by the conventional faiths. Sooner or later such a religion will emerge.”

Similarly Alan Watts has written, “Science has given to our age a most impressive view of this universe, and this demands an equivalently wonderful and splendid conception of God together with an appropriate manner of worship.”  Naturalistic Paganism aims to be a such religion which can provide this “larger” conception of the divine along with an appropriate manner of worship.

What does “Naturalistic” mean?

Different Naturalistic Pagans will draw the line between what is “naturalistic” and what is “supernatural” in different places.  For instance, I recently had a contributor at the HumanisticPaganism.com (which I edit) distance himself somewhat from the site because I had invited another person to write about a “naturalistic” theory of astrology.  Just the word “astrology” was enough to send him running.  Honestly, I have a similar emotional reaction to the word “astrology”, but I was curious nonetheless what a “naturalistic” astrology would look like.  If Naturalistic Pagans can reclaim “magic” and “gods” (not to mention “paganism”), why not “astrology”?  I myself frequently write about Jungian psychology, which many Naturalistic Pagans may find beyond the pale, because it is not sufficiently verifiable by the scientific method.

In addition, defining Naturalistic Paganism in terms of a natural/supernatural dichotomy is especially problematic when talking to many Pagans for whom the line between the natural and the super-natural is fuzzy at best.  For many Pagans, things like magic and gods are entirely “natural” phenomenal; they are just phenomena that science has yet to verify.  Oftentimes Pagans will invoke scientific metaphors (like “energy”) or actual scientific theories, like quantum mechanics or the Uncertainty Principle, to brush off the objections of philosophical naturalists.  Regardless of the pseudo-scientific nature of these explanations, even the most dogmatic Naturalistic Pagan should admit that there are many things science has yet to discover or explain.  What then is the difference between something that is supernatural and something that is natural but not yet discovered by science.  It is easy to get bogged down in trying to define just what is and is not “naturalistic”, and we tend to talk ourselves in circles.  Similar distinctions between physics vs. metaphysics and the material vs. the immaterial lead to the same place: we just know it when we see it.

Being a Naturalistic Pagan

I came to Paganism, fleeing from the transcendental monotheism of Christianity.  I was drawn to Paganism because of its this-worldly orientation.  Paganism seemed to say to me, “we must find the divine in the here-and-now or not at all.”   A pantheistic Goddess, the seasonal Wheel of the Year, and a pro-body/pro-sex ethic all confirmed for me that Paganism was a religion of immanence.  But then I became disturbed by what seemed to me like a lot of fuzzy-headed wishful thinking, things like a belief in instrumental magic (magic that causes change in the physical world without corresponding physical action), mind-over-matter, crystals and magic wands, literal gods as conscious beings, and so on and so on.  This kind of Paganism too closely resembled the other-worldliness of the transcendental Christianity I was leaving behind.  I was very fortunate when I discovered B. T. Newberg’s site, HumanisticPaganism.com (which he transformed into a community blog) and the NaturalisticPaganism Yahoo group started by Jon Cleland Host, where I found many other people who had a love of Paganism, but not the metaphysical aspects of it — people who loved the myth and ritual, but not the credulity and superstition.

I am a Naturalistic Pagan.  However, I am still trying to work out the right balance between being a fool and a coward.  While I am skeptical of anything that smacks of “woo”, I do think genuine spirituality requires a kind of suspension of disbelief at some point, even a leap of faith.  I think we need to use our rational brains (the neocortex) at least to decide just where to leap, then we can let go of the rational side and jump, letting the emotional side (the limbic system) take over … but then we need to go back to the rational side and evaluate if it was the right place to jump after all.  Healthy spirituality is ongoing dialectic, I think.  It’s not so much a matter of finding the right balance between the two — that’s like trying to get half-way into the pool — but of letting each side have free reign in its own time and place.

Too much of the rational side and our spiritual lives become an arid desert, too little and we can be lost in a flood of sensation and emotion.  Naturalistic Pagans tend to err on the side of making our spiritual lives a desert, I think.  We risk spending our lives on the bench, spiritually speaking.  As D.T. Strain has written in his wonderful essay, “Letting Go of the Side of the Pool”, Religious Naturalists (which includes Naturalistic Pagans) have a tendency to always be looking at things from the third-person “objective” point of view, as opposed to full immersion in first-person subjective experience — so we tend to talk or write about things, rather than actually doing them or experiencing them.  But, as D. T. writes, “we cannot achieve greater subjective intuitive experience through greater objective intellectual knowledge alone.”  In other words, intimacy cannot be achieved through distance, and real spirituality is an intimate experience if nothing else.

Over at HumanisticPaganism.com, I have recently posted an essay entitled “Being a Spiritual Wallflower: How Humanistic Pagans can get off the wall and dance”, in which I offer some ideas for how I think Naturalistic Pagans can take that leap into the pool of spiritual experience. Come over and check it out.

Every religious path has its challenges, and that includes Naturalistic Paganism.  But it remains my spiritual home.  It doesn’t have all the answers, but for me, it is asking the right questions: How can we take the vision of the magnificent Universe offered to us by contemporary science and articulate an appropriate response to the awe and reverence which it inspires?