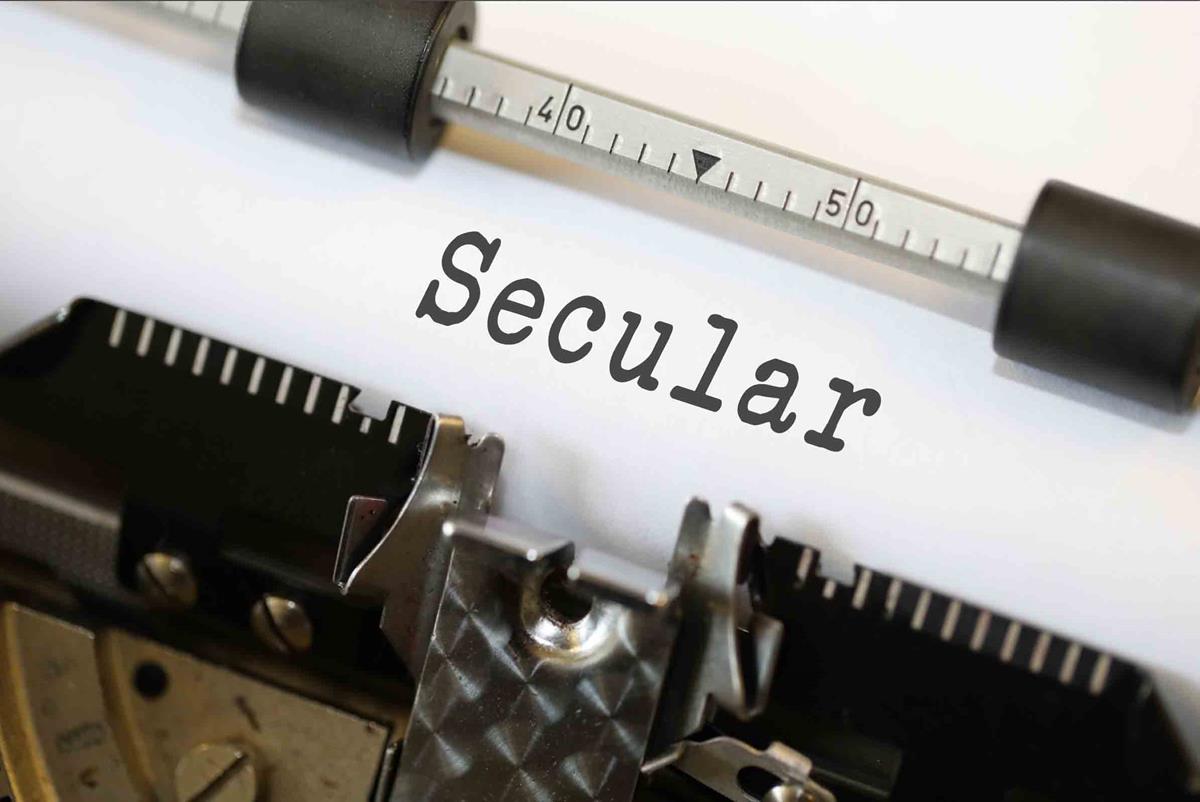 How to Accidentally Found a Secular Religion

A secular religion is a communal belief system that often rejects or neglects the metaphysical aspects of the supernatural, commonly associated with traditional religion, instead of placing typical religious qualities in earthly entities.

In the first half of the nineteenth century, another school of economic and political thought arose that pushed toward the creation of what was, quite literally, a secular religion. The French positivists, led by Henri de Saint-Simon and Auguste Comte, again believed that social science would achieve a comprehensive scientific understanding of human affairs. As social science was perfected, much more effective management of society, and thereby of its productive machinery, would increasingly become feasible.

This optimistic hope for man’s ability to engineer the economy echoes an element of Smith’s theory: the systematic application of science would solve the problems of society. And like Bentham, the French positivists believed that government would be able to put the new scientific understanding of society to work for the perfection of the human condition.

Moreover, the positivists shared with Bentham the belief that traditional deities and religions are simply myths or fictions. In their place, the positivists envisioned a new secular “religion of humanity,” one based on social and physical science. Saint-Simon dreamed of temples dedicated to Newton, while Comte came to think of himself as the Pope of the new religion of humanity. The high priests of French positivism were the economists and engineers.

The American Progressive movement at the end of the nineteenth century and the start of the twentieth drew much of its inspiration from the moral philosophy of French positivism. The Progressives shared the positivists’ commitment to the management and governance of society by its scientific experts, now to be produced in large numbers by the modern American university with its newly professionalized structures of learning. The Progressives also held a negative view of ordinary politics as a frequently backward and harmful influence that should as much as possible be excluded from the governing processes of the economy; economic growth, rather than politics, would be the font of both material gain and moral progress. The Progressives’ materialistic dogmas and their doctrines of economic determinism saw all of history as fundamentally driven by economic events.

The twentieth-century British economist John Maynard Keynes shared this moral philosophy in significant part, but he differed in one key respect. Rather than implementing scientific management directly through governmental actions. the path of socialism Keynes believed that the progressive goals of society should instead be achieved by the management of the workings of the marketplace. the market “mechanism,” to use the revealing term popularized by Paul Samuelson. By discovering the “laws” of the market, economic theorists could lay the same kind of foundation for economic and social engineering that the laws of physics establish for building bridges. This positivistic vision of science as a means to achieve progress is still a key part of the self-image of mainstream economists, a reflection of American progressive values derived originally from the secular religion of French positivism.

With the emphasis on efficient maximization of economic production, the positivist moral philosophy makes economic growth a central objective. But its ultimate concern is the scientific management of society. If the social order is designed, operated, and maintained according to the impersonal dictates of objective scientific knowledge, it will wipe away the many social conflicts that flow from our longstanding ignorance of how society really works. Of course, this social reordering would first entail citizens’ acceptance of the comprehensive direction of scientific experts. a transformation in our political system that would likely require a religious revolution of the sort that the positivists, with their secular religion of humanity, thought desirable and necessary.

In the opinion of William T Batten about Secular Religion:

Most atheists on the ‘militant’ end of the spectrum say it’s not worth it. No matter what benefits it brings, they say it’s not worth the crusades, intolerance, anti-science, brainwashing, corruption, and human rights violations.

And so the quest begins:

Can you get all the benefits of religion without the ‘religion’ part?

The cynics who say religion is nothing but the opioid of the masses fail at this project. They come up with an Xbox, realize those already exist, then given up in frustration.

Other doomed projects involve copying the surface elements. They gather every week, read from On the Origin of Species, and say the only way to salvation is through objective, rational inquiry.

When you imitate the superficial details without understanding why they’re there, your project falls apart ‘for no reason.

Wiser folks realize part of the appeal (and trap) of religion in the community. That’s how religion keeps its hooks on those who have lost their faith – if they stopped going to church, they lose their friends, family, and support network.

So these people create not just another atheist hobby group – they create a community.

Most of those fizzles, though, because they’re still missing pieces of the puzzle.

What makes religion so powerful to people – so much so they’re willing, eager even, to give up tithes, kinky bedroom fun, and even their lives – is more than just community.

It’s a regular dose of altered states of consciousness.

And it’s where religion’s staying power comes from. Many atheists look at religious cultures with frustration, wondering why another tribe of ‘smarter’, ‘less deluded’ people didn’t outcompete them.

A naïve view is fairy tales of the afterlife give them hope. Or the fear of eternal damnation motivates them to work and fight harder.

But think about what religion actually does for a religious person:

They toil all day – maybe in the fields as a feudal peasant, maybe in an office as a corporate drone. They spend every moment solving the problems in front of them, lost in memories and daydreams, unable to spare much time for some deep thinking.

Then they go home, eat a nice meal and pray.

They spend some time connecting with something inside them… and something bigger than them. They can focus on the moment and imagine a better future. Old, buried emotions work their way up and they have the chance to resolve them.

It’s a form of meditation.

Once a week, they go to church. They hear fantastical stories about the fundamental forces of the universe battling each other. These tales hold clear lessons for their own lives. If they can’t see the metaphor, the preacher will point it out to them.

They chant, sing, laugh, and dance as a community – as a collective – where their sense of self melts into the crowd.

It’s like philosophy, therapy, and socializing, all at once.

Ignore the benefits of that at your peril.

Secular substitutes for religion often miss this part. As such, they miss huge opportunities for problem-solving and emotional cleansing. They get together, talk, share but they don’t transform.

Here’s my advice to anyone looking to wrestle the benefits of religion from religion’s grasp:

That’s all the preachers do anyway.

When a person learns to pray, they learn a simple form of self-hypnosis.

When the preacher passionately talks about a bible verse and the lessons it holds for the congregation’s lives, they’re performing hypnotherapy.

Once you see the hypnosis lying within religious rituals, you can strip away everything that doesn’t make sense and double down on the things that work.

If your people aren’t undergoing psychological transformations every week or more – even subtle ones – they you don’t have a church. You have a loose association with humans.

Want proof of my outlandish claims?

At least, the well-run games do.

D&D exploded in popularity among folks who churches rejected. The nerds, outcasts, burnouts, homosexuals, eccentrics, artists, and anyone else too non-conformist to benefit from religion.

If you know your history, you’ll know that’s how Christianity got started too. Like D&D, Christianity reaches a critical mass among the fringe before bleeding over into the mainstream.

The only reason why D&D isn’t a literal religion (yet?) is the gaming groups are too small. If you could play in a group of 40 folks without losing the magic, so to speak, you’d create a group as strong as any church.

Gary Gygax didn’t intend that when he created D&D – he just wanted to play games. And since he died a devout Christian who adored tabletop roleplaying games, you can’t be offended by my comparisons either.

William is a certified master hypnotist and a leader in helping people change their minds. He provides education services for government agencies, hypnosis work for groups and individuals, and marketing services on a freelance basis.